PG | 1h 43min | Animation, Adventure, Comedy | 22 November 2019 (USA)
0:16 | Trailer
54 VIDEOS | 464 IMAGES
Anna, Elsa, Kristoff, Olaf and Sven leave Arendelle to travel to an ancient, autumn-bound forest of an enchanted land. They set out to find the origin of Elsa's powers in order to save their kingdom.

Highlights From the 2020 Primetime Emmy Awards

Editors' Picks: Streaming on Disney Plus
a list of 23 images
updated 1 month ago

Oscars 2020: Nominated Titles
a list of 38 titles
updated 7 months ago

Search for "Frozen II" on Amazon.com

The Rise of Evan Rachel Wood 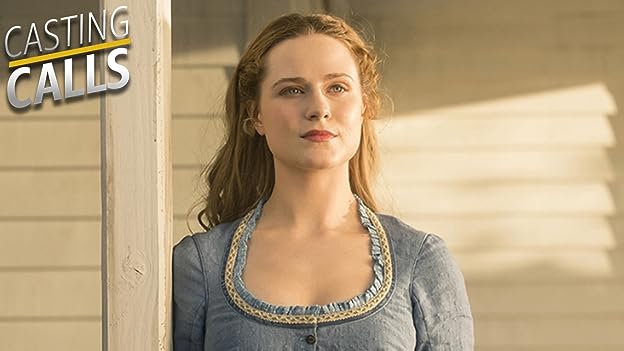 As a star on "Westworld," Evan Rachel Wood knows all about alternate realities. And in a different version of her Hollywood story, she could've been both a mean girl and a runaway. What other roles did she turn down?

Having harnessed her ever-growing power after lifting the dreadful curse of the eternal winter in Frozen (2013), the beautiful conjurer of snow and ice, Queen Elsa, now rules the peaceful kingdom of Arendelle, enjoying a happy life with her sister, Princess Anna. However, a melodious voice that only Elsa can hear keeps her awake, inviting her to the mystical enchanted forest that the sisters' father told them about a long time ago. Now, unable to block the thrilling call of the secret siren, Elsa, along with Anna, Kristoff, Olaf, and Sven summons up the courage to follow the voice into the unknown, intent on finding answers in the perpetually misty realm in the woods. More and more, an inexplicable imbalance is hurting not only her kingdom but also the neighboring tribe of Northuldra. Can Queen Elsa put her legendary magical skills to good use to restore peace and stability? Written by Nick Riganas

Find your strength. Face your fears.

Walt Disney Animation Studios' fourth film to not be nominated for the academy award for best animated feature after Meet the Robinsons (2007), and Tangled (2010). See more »

When Anna tells the Rock Giants to throw their boulders, the first one hits the middle of the bridge, but when Anna is running back to Kristoff/Mattias, that part of the dam is not broken. See more »

The opening title appear in the Northern Lights in the middle of the first song. The top half is blue and the bottom half is stony-gray. See more »

It's all about change. If you think the teasers are somewhat dark, Frozen 2 will deliver that,. And a good sequel I would say.
20 November 2019 | by SomeDisneyGuy – See all my reviews

(This has a post-credit scene in case you're wondering)

The songs are great. Especially Kristoff's song, an 80's jam as Jonathan Groff would say it. Even the animation looks like an 80's music video which I find funny. Olaf's comedic skits are even funnier. For Into the Unknown, not as catchy as Let it Go but time will tell. The animation, the best. Elsa got even beautifuller. If you saw the water animation you would see *much* more of that. The story is bigger, questions are answered, but there are some points that look silly. The plot is predictable but personally I enjoyed it.

The only thing I'm having a hard time agreeing with is the ending.