Expected November 6, 2020
A film about Natasha Romanoff in her quests between the films Civil War and Infinity War.

Search for "Black Widow" on Amazon.com 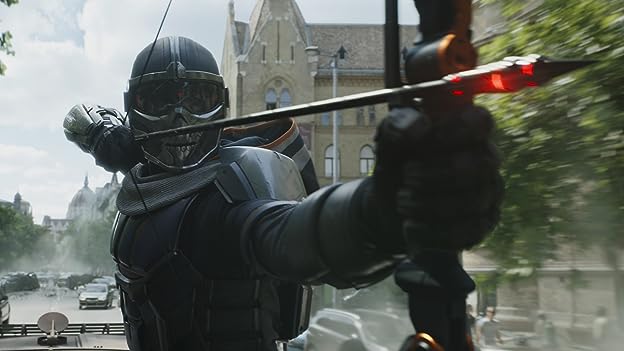 On this IMDbrief, we break down the final trailer for Black Widow and Marvel supervillain Taskmaster.

Next »
The Eternals (2021)
Action | Adventure | Drama
Not yet released

The movie, based on Marvel Comics, will focus on Shang-Chi; 'The Master of Kung-Fu'.

Spider-Man returns to face his greatest challenge yet as he faces off against The Vulture.


Pinocchio
Next »
Pinocchio I
Adventure | Fantasy
Not yet released

A new adaptation of the famous tale about a wooden puppet who wants to become a human boy.

The plot is unknown at this time.

The story of 20th century con man John Brinkley who claimed to be a doctor and scammed his way to fame and fortune using fake medicine and a popular radio broadcast.

At birth the Black Widow "aka Natasha Romanova" is given to the KGB, which grooms her to become its ultimate operative. When the U.S.S.R. breaks up, the government tries to kill her as the action moves to present-day New York, where she is a freelance operative. Written by rianmistry

Both Scarlett Johansson and Marvel expressed interest in a potential solo film several times over the following years, before development progressed with the hiring of Jac Schaeffer and Cate Shortland in 2018, even though Shortland has no experience in directing big budget action films. See more »

Melina Vostokoff: [to Alexei] You got fat.
See more »

The Marvel logo turns red and black and takes on an hourglass marking, the traits of a black widow spider. See more »

Q: Will Hawkeye be in this film?
Q: Who will be the villain?
See more »
Edit