PG-13 | 2h 21min | Action, Adventure, Fantasy | 20 December 2019 (USA)
1:37 | Trailer
79 VIDEOS | 490 IMAGES
The surviving members of the resistance face the First Order once again, and the legendary conflict between the Jedi and the Sith reaches its peak bringing the Skywalker saga to its end. 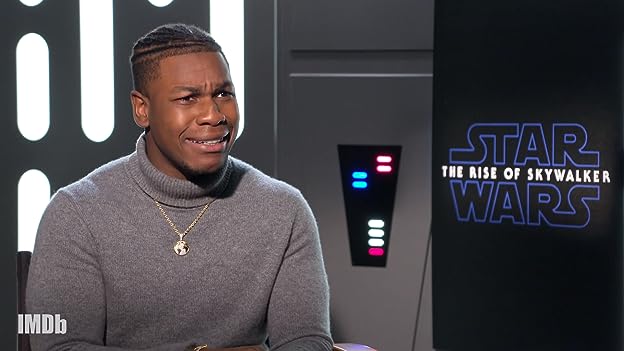 Concept art from the movie's art book shows a scene (which never made it into the movie) with Kylo Ren approaching a monstrous, spider-like creature (possibly Tor Valum, the Sith Master from Colin Trevorrow's aborted Episode IX script), surrounded by pikes on which are mounted, among others, the skulls of Jedi Master Kit Fisto and of Admiral Ackbar. See more »

Near the end of the film, R2-D2 is the droid that Poe Dameron uses on his X-wing in the battle of Exegol. However in all of the previous films, BB-8 was Poe Dameron's beloved and favorite droid for piloting, and for everything. So it doesn't make much sense for him to choose R2-D2, over BB-8 for such an important battle. Specially since him and BB-8 where a good piloting team. No explanation is given as to why he picked R2-D2, with whom he had never piloted before, instead of BB-8. See more »

Who rate this turkey so high? I mean they have horses strutting and neighing in space on the outside of a starship! LMAO you cannot make this stuff up and they gave it 53? Maybe it is a typo and should be 5.3.

Q: Why is the Sith Homeworld known as Exegol, when it is called Korriban in the Clone Wars?
Q: In "The Last Jedi" Kylo Ren destroyed his mask because he no longer wanted to be a "Darth Vader" copy, but how come he wears the helmet again in this movie?
Q: What is the name of that creature that Rey heals in the cave?
See more »
Edit