Expected February 12, 2021
The saga of the Eternals, a race of immortal beings who lived on Earth and shaped its history and civilizations.

Search for "The Eternals" on Amazon.com

What New Marvel Release Dates Might Mean for the MCU 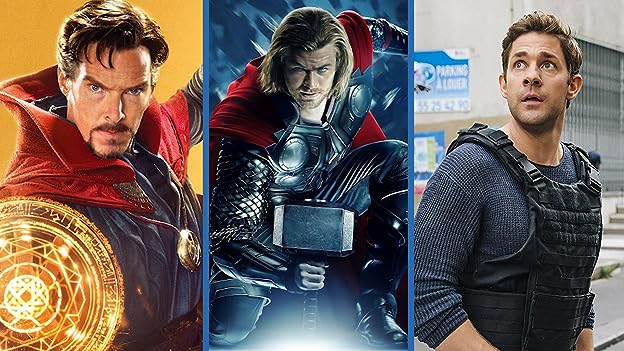 On this IMDbrief, we break down which Marvel movies have moved to new release dates and what this all could mean for the MCU.

Those Who Wish Me Dead

The movie, based on Marvel Comics, will focus on Shang-Chi; 'The Master of Kung-Fu'.

Spider-Man returns to face his greatest challenge yet as he faces off against The Vulture.

Next »
Monster Hunter (2020)
Action | Adventure | Fantasy
Not yet released

A teenage murder witness finds himself pursued by twin assassins in the Montana wilderness with a survival expert tasked with protecting him -- and a forest fire threatening to consume them all.


The Kept
Next »
The Kept
Drama
Not yet released

A midwife returns to a gruesome scene at her home in upstate New York where she becomes her young son's only hope for survival.

The story of Mary Jennings Hegar, an American Air Force Major who served three tours in Afghanistan as a rescue helicopter pilot and challenged the military's combat policy that excluded women.

A young journalist discovers a conspiracy involving a U.S. Presidential candidate that could change the election and the fate of the country.

Plot unknown. Feature film based on the popular video game.

A G.I. Joe spin-off centered around the character of Snake Eyes.

Following the events of Avengers: Endgame (2019), an unexpected tragedy forces the Eternals, ancient aliens who have been living on Earth in secret for thousands of years, out of the shadows to reunite against mankind's most ancient enemy, the Deviants.

It's the twenty-fifth film of the Marvel Cinematic Universe. See more »

Q: Has Marvel Studios made any plans for a 'Moon Knight' film?
Q: Will it be based on primarily the original Jack Kirby comics or the Neil Gaiman comics from the 90s?
See more »
Edit