TV-MA | Comedy, Drama, Mystery | TV Series (2020– )
Episode Guide
9 episodes
0:31 | Trailer
4 VIDEOS | 199 IMAGES
A reckless flight attendant with an alcoholism problem wakes up in the wrong hotel, in the wrong bed, with a dead man - and no idea what happened. Unable to piece the night together, she begins to wonder if she could be the killer.

Cassie is forced to work with a surprising new ally as she reconsiders all that's happened since Bangkok. Megan's life begins to implode when her husband faces consequences for her actions.

With Miranda on her tail and the FBI closing in, Cassie enlists Max in a plan that involves breaking and entering. Ani is forced to repay an ominous favor to a client. Megan's secrets threaten to ...

TV Tracker: Renewed and Canceled Shows
a list of 82 images
updated 19 hours ago

November Picks: The Movies and TV You Can't Miss
a list of 21 images
updated 5 months ago
Create a list »

Search for "The Flight Attendant" on Amazon.com

What Else Has Kaley Cuoco Been In? 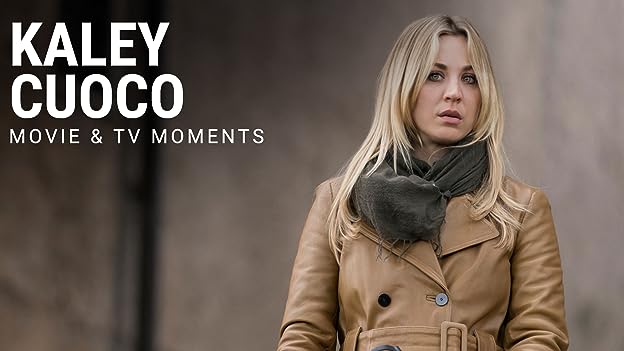 Take a closer look at the various roles Kaley Cuoco has played throughout her acting career.

Flight attendant Cassandra Bowden wakes in her hotel room in Bangkok, hungover from the night before and with a dead body lying next to her. Afraid to call the police, she continues her morning as if nothing happened, joining the other flight attendants and pilots traveling to the airport. In New York, she is met by FBI agents who question her about her recent layover in Bangkok. Still unable to piece the night together, she begins to wonder if she could be the killer.

A Deadly Mystery With a Turbulent Descent.

Watched all 8 episodes in two sittings. I wasn't sure what the show was about so went in cold. The writing, directing and acting is great, so even when you think you know where its headed, there are enough twists and turns that you aren't sure anymore. For other reviewers who didn't like that she drank all the time, I'm assuming you've never known a functioning alcoholic with a traumatic childhood. They make poor decisions, can be self absorbed and narcissistic.

Q: How many episodes can we expect?
Q: What brand of vodka does Cassie drink? Is it a real brand?
See more »
Edit