Eve's mission is disastrously compromised; Carolyn leaves Eve's future in her own hands.

Don't I Know You?

After a killing in Berlin, Eve and Bill travel there to investigate, unaware of how close they are to Villanelle.

I Have a Thing About Bathrooms

After a terrifying close call with Villanelle, Eve has the mole ensconced in a safe house, but Villanelle is not far away.

TV Tracker: Renewed and Canceled Shows
a list of 90 images
updated 1 day ago

April Picks: The Movies and TV Shows You Can't Miss
a list of 20 images
updated 2 months ago

On Hulu
a list of 28 titles
created 4 months ago

How many episodes of Killing Eve have you seen?

Search for "Killing Eve" on Amazon.com 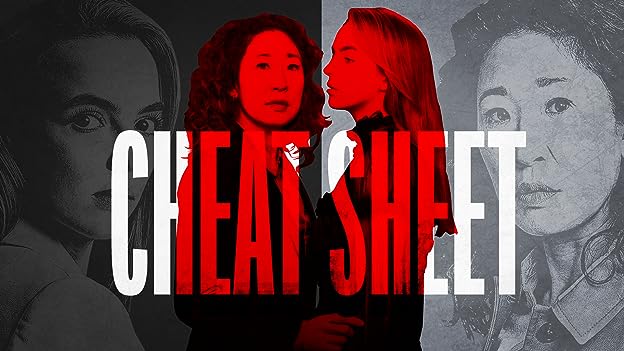 Catch up on all the important plot twists and turns from Seasons 1 and 2 of "Killing Eve" before you dive into Season 3!

A series about a powerful friendship that blossoms between a tightly wound widow and a free spirit with a shocking secret.

Sheriff Deputy Rick Grimes wakes up from a coma to learn the world is in ruins and must lead a group of survivors to stay alive.

Eve is a bored, whip-smart security services operative whose desk-bound job doesn't fulfill her fantasies of being a spy. Villanelle is a talented killer, who clings to the luxuries her violent job affords her. These two fierce women, equally obsessed with each other, will go head to head in an epic game of cat and mouse, toppling the typical spy-action thriller.

The pyjama worn by Villanelle in the second season was specifically made for the show by costume designer Charlotte Mitchell. She used a fabric called "Comic Bubble Blue" and deliberately tailored the pyjama to make it too small for Jodie Comer to fit. See more »

Season 1 might be one of the best seasons of a television show we'll ever witness (Courtesy of Phoebe Waller-Bridge, of course). Outstanding music, camera work, and filming locations across beautiful Europe (non-cliché) streets that give the show such a magical and refreshing viewing experience. And the acting is an out-of-this-world masterclass by Fiona Shaw, Kim Bodnia, Sandra Oh and, obviously, Jodie Comer (whose character might just be the most iconic and supreme ever created). Simply superbe.

Q: Will Killing Eve be available on Netflix Canada?
Q: Season 1 is being re-shown as 'Bonus Edition's. It looks like the episodes are longer. What's the difference - what's been added?
See more »
Edit