Important Black Stories in Film, Streaming for Free
a list of 85 titles
updated 11 months ago 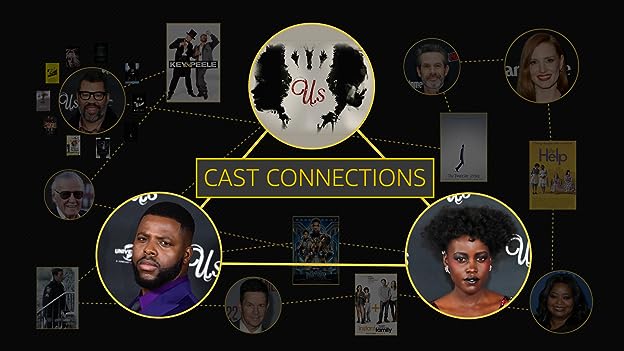 Two Years Ago, Jordan Peele Redefined the Genre with "Get Out." On March 22, Discover His New Nightmare. See more »

The Tethered live on the meat of rabbits provided for them. Since the Tethered are too stupid to understand cooking procedures, they would eat them raw, resulting in mass food poisoning. Furthermore, what do the rabbits live on? There are never any botanical or hydroponic gardens depicted in Tetheredland. And rabbits are notorious for eating more than nature can provide. See more »

Adelaide Wilson: Where is he?
Red: How it must have been to grow up with the sky. To feel the sun, the wind, the trees. But your people took it for granted. We're human too, you know. Eyes, teeth, hands, blood. Exactly like you. And yet, it was humans that built this place. I believe they figured out how to make a copy of the body, but not the soul. The soul remains one, shared by two. They created the Tethered so they could use them to control the ones above. Like puppets. But they failed and they abandoned the ...
See more »

The sound of waves crashing on a beach are heard over the Universal logo at the beginning of the movie instead of the traditional fanfare. See more »

I am sure that this review is going to get a ton of down votes and I am pretty sure that all those 10/10 reviews are bot accounts (if you dont believe me check the profiles) so I wont spent much time analyzing the film. Many many plot holes,little substance and ultimately you have a movie with a weak script based on a good idea that takes itself way to seriously without achieving even half of what it promises. Get out worked that well because it didn't take itself that seriously and there was always an underlying tone of dark comedy to it. It gets a 5 because I liked the cinematography and I thought that the performances where actually quite good!