Julia Louis-Dreyfus, Jude Law, and more stars at Sundance 2020 share who they'd like to be played by in a movie of their lives.

Felicity Jones Says She Plays a 'Wildcat' in 'Aeronauts' 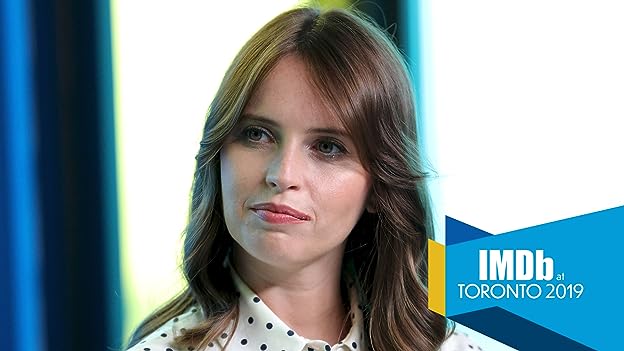 Felicity Jones shares why she loved playing hot air balloon pilot Amelia Wren in The Aeronauts, then she and co-star Eddie Redmayne recall some of the most exciting on-set moments.

The flight takes place in real time in the movie. See more »

Amelia Wren pronounces "caelum certe" with hard C's. This is the current, "reconstructed Classical" pronunciation; however, in the 1860s the standard Latin pronunciation used would have been with soft C's. See more »

Upper Class Lady: Mother always taught me, why have one man when you can have two?
See more »

Acrophobia
4 January 2020 | by ramblingvagabond – See all my reviews

Acrophobia. I have this. If you also suffer from this condition, it will turn this into a horror movie. It will be worse than The Exorcist or Jaws. I mean, why do they have to climb all over the basket and lean over the sides and not tie themselves in? If it were me, we would all have on harnesses and be tied securely in.

This movie is exciting, and a little bit historical. I love adventure movies, and historical adventures, and Victoriana, so this was right up my alley. I don't know how true the events are, I don't know if the woman really did the things she did in this movie, but it was thrilling to watch, nonetheless.

But for the love of God and all things holy, PLEASE, stop leaning over the side of the basket, and harness yourselves in!!