Life Is a Cabaret

Stevie is nowhere to be found on opening night for Cabaret. David attempts to make a big announcement.

5 Episodes to Get You Hooked on "Schitt's Creek" 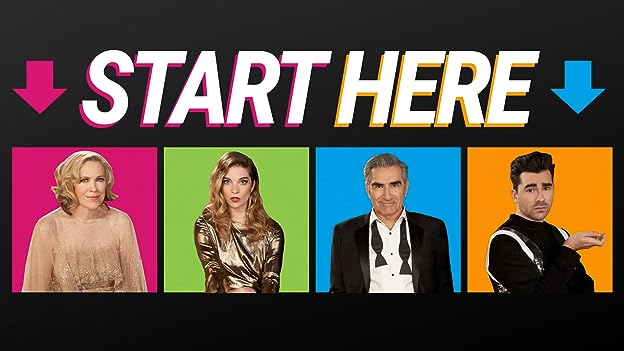 "Schitt's Creek" has come to an end, but that doesn't mean you've missed your chance to become a fan of the quirky comedy. Start here with these 5 essential episodes that are guaranteed to get you hooked on the show.

Own This Town See more »

The title of the show is Schitt's Creek (with an apostrophe) but on screen the apostrophe is missing. See more »

I had a hard time getting into it with the first couple episodes, but after learning about the characters it really gets good. I really enjoy it a lot. It's just a fun show to binge!! And Dan Levy (David)makes the show!!!

Q: We know that it is a Canadian production with all Canadian actors, but where is this fictional town supposed to be? Is it supposed to be in America or Canada and have they made reference to this?
Q: If Roland does not own the hotel that the Roses stay in, how can Roland give permission for the Roses can stay there rent free?
Q: If David Rose owns the town that his father bought for him, what does that actually mean? If he owns the town, does that mean he owns the land and if so shouldn't they be getting rent from the businesses and people who live there?
See more »
Edit