TV-14 | 48min | Drama, Fantasy, Horror | TV Series (2020– )
Episode Guide
22 episodes
2:56 | Trailer
6 VIDEOS | 844 IMAGES
After their father is murdered under mysterious circumstances, the three Locke siblings and their mother move into their ancestral home, Keyhouse, which they discover is full of magical keys that may be connected to their father's death.

Tyler and Kinsey feel torn when they figure out why Nina acts strangely. Bode meets Rufus' and Ellie's house guest. Dodge zeroes in on the Omega Key.

The battle over the Omega Key leads to decisions that can't be undone - and a dangerous door that promises plenty of trouble ahead.

TV Tracker: Renewed and Canceled Shows
a list of 112 images
updated 2 days ago

Editors' Picks: Streaming on Netflix
a list of 73 images
updated 1 month ago

Best of 2020: Top Trending Moments
a list of 46 titles
updated 2 months ago

Netflix StreamFest 2020: Our Editors' Picks
a list of 53 images
updated 2 months ago

February Picks: The Movies and TV Shows You Can't Miss
a list of 23 images
updated 21 Feb 2020
Create a list »

Search for "Locke & Key" on Amazon.com 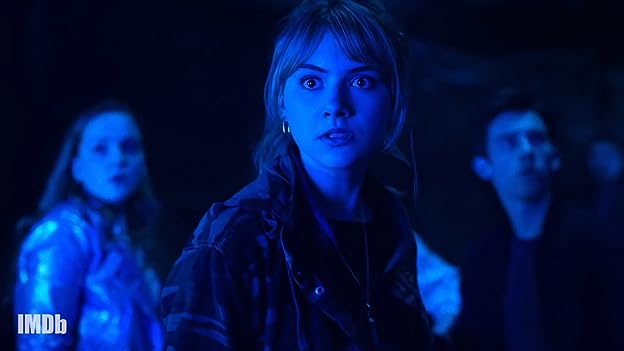 The cast and creators of the new Netflix series "Locke & Key" reveal what drew them to the project.

After their father is murdered under mysterious circumstances, the three Locke siblings and their mother move into their ancestral home, Keyhouse, which they discover is full of magical keys that may be connected to their father's death. As the Locke children explore the different keys and their unique powers, a mysterious demon awakens - and will stop at nothing to steal them. From Carlton Cuse and Meredith Averill, Locke and Key is a coming-of-age mystery about love, loss, and the unshakable bonds that define family. Written by Netflix

Jackson Robert Scott (Bode) also played in the 2017 remake of IT and its sequel; IT was created by Stephen King, whose son Joe Hill is the creator of the comics on which this show is based. See more »

Interesting idea, plenty of stupid moments
8 February 2020 | by victoragus – See all my reviews

So, ok, I haven't finished it yet. It's more or less interesting, but it has some moments just heavily stupid, like the writer thought: it's time to lunch, so it must be ok with this stupid solution to the plot. It's a shame. Episode 7, the one I just saw, was more than enough. Sorry. What a pity and a waste of time, money and work.

Q: Does the house that was used in the series really exist? If it is, where is it located?
Q: Has Season 2 been commissioned?
Q: Humber College Lakeshore campus is the filming location for Matheson Academy but where were the interior shots film, in particular, where was the Academy lunch room / dining hall, especially with the decorated stained glass windows, filmed?
See more »
Edit