Search for "The Batman" on Amazon.com

Is 'The Batman' Logo a Deadly Reminder? 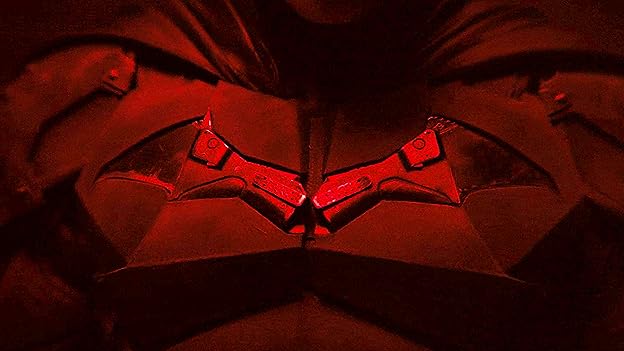 On this IMDbrief, we break down the clues that director Matt Reeves has hidden in his first tease of footage from The Batman.

Status: Filming | See complete list of in-production titles »
Comments: Because of Covid-19 is the shooting is paused
Updated: 24 March 2020
More Info: See more production information about this title on IMDbPro.

The origins of the Dark Knight's sidekick Dick Grayson, who will soon be known as Robin, the Boy Wonder!

Next »
Man of Tomorrow IV
Short | Adventure | Drama
Not yet released

"Man of Tomorrow" is a short Superman origin story, as our young hero Clark Kent deals with the pressures of what it means to be "human". As well as being an Alien on the planet Earth. More... See full summary »

A fantasy re-telling of the medieval story of Sir Gawain and the Green Knight.

Next »
Gaijin II
Action | Drama
Not yet released

A gritty action drama based on the life of Yasuke, an African slave who gained his freedom and became a samurai in 16th century Japan.

A bullied young boy befriends a young female vampire who lives in secrecy with her guardian.

Next »
The French Dispatch (2020)
Comedy | Drama | Romance
Not yet released

A love letter to journalists set in an outpost of an American newspaper in a fictional twentieth century French city that brings to life a collection of stories published in "The French Dispatch Magazine".

A young man's life is thrown into a loop when he is asked to be a pallbearer for the funeral of a classmate he doesn't remember, and his old high school crush temporarily returns to town.

The Dark Knight of Gotham City begins his war on crime with his first major enemy being Jack Napier, a criminal who becomes the clownishly homicidal Joker.

After the apes suffer unimaginable losses, Caesar wrestles with his darker instincts and begins his own mythic quest to avenge his kind.

Reimagining the anthology from visionary Steven Spielberg, "Amazing Stories," executive produced by Spielberg, will transport the audience to worlds of wonder through the lens of today's most imaginative filmmakers, directors, and writers.

A growing nation of genetically evolved apes led by Caesar is threatened by a band of human survivors of the devastating virus unleashed a decade earlier.

Set in Nicaragua in 1984, the story of passion, fear, and betrayal told in the voice of an American woman whose mission in Central America is as shadowy as her surroundings.

The plot is unknown.

Q: Will this be a film about the origins of the DCEU Batman (hence casting a younger actor)?
Q: Who is in talks to play the rest of the cast, since this movie has been removed from the DCEU?
Q: Is Christopher Nolan producing this project?
See more »
Getting Started | Contributor Zone »