Expected June 26, 2020
After more than thirty years of service as one of the Navy's top aviators, Pete Mitchell is where he belongs, pushing the envelope as a courageous test pilot and dodging the advancement in rank that would ground him.

What We Know About 'Top Gun: Maverick'... So Far 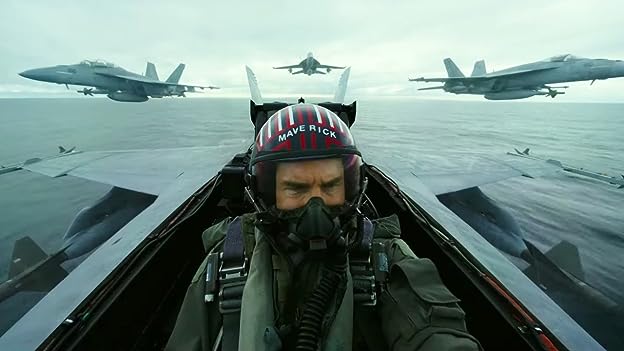 Tom Cruise will return to the danger zone in 2020, and he's bringing Miles Teller with him. Here's what we know about Top Gun: Maverick... so far.

As students at the United States Navy's elite fighter weapons school compete to be best in the class, one daring young pilot learns a few things from a civilian instructor that are not taught in the classroom.

Following the events at home, the Abbott family now face the terrors of the outside world. Forced to venture into the unknown, they realize the creatures that hunt by sound are not the only threats lurking beyond the sand path.

An agoraphobic woman living alone in New York begins spying on her new neighbors, only to witness a disturbing act of violence.

A group of renegade space workers venture to the moon to steal an energy source.

This is set in the near future, when convicts are offered the chance to volunteer as medical subjects in hopes of shortening their sentences. When one prisoner finds himself the test ... See full summary »

During a July 2019 interview with Entertainment Tonight, Kelly McGillis said that she was not asked to appear in this movie. When asked why she thought she wasn't contacted, she said, it was likely because "I'm old and I'm fat and I look age-appropriate for what my age is, and that is not what that whole scene is about. I'd much rather feel absolutely secure in my skin and who and what I am at my age, as opposed to placing a value on all that other stuff." See more »

Rear Admiral: Thirty-plus years of service. Combat medals. Citations. Only man to shoot down three enemy planes in the last 40 years. Yet you can't get a promotion, you won't retire, and despite your best efforts, you refuse to die. You should be at least a two-star Admiral by now, yet here you are. Captain. Why is that?
[pause]
Maverick: It's one of life's mysteries, sir.
See more »