What to Watch: LGBTQIA+ Movie and TV Picks
a list of 51 titles
updated 10 months ago 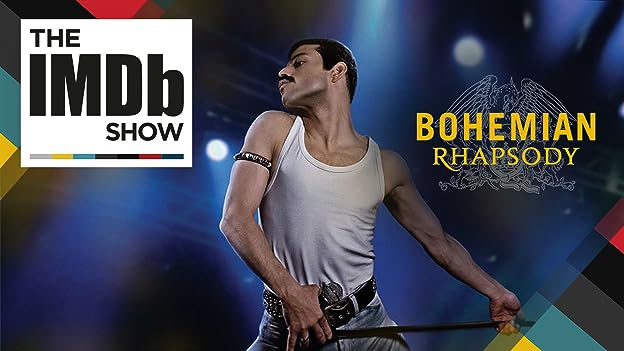 The music you know, the story you don't See more »

Sacha Baron Cohen was the original choice to play Freddie Mercury, with Stephen Frears to direct. Frears left the project due to creative differences with Brian May and Roger Taylor, who control the band's music and film rights. The deal with Baron Cohen fell apart after May objected to the project being a biopic of Mercury only, not the rest of Queen. May felt it should focus on the other members and the aftermath of Mercury's death. They didn't like the original draft by writers Stephen J. Rivele and Christopher Wilkinson. Baron Cohen considered it a historically accurate, outrageous portrayal of Mercury that does not shy away from Mercury's rough edges, including his well-documented homosexual encounters and promiscuity. May felt Baron Cohen was too much of a comedic actor to play Mercury well. See more »

While Freddie plays Bohemian Rhapsody at Live Aid, on the first chord he plays the G key octave (G is a white key) with his left hand. However, on that part the song is in B flat chord (B flat is a black key). See more »

I'm a 75 yr old Gramma that saw this movie with her son and grandson. We all Loved it! I "heard" Queen music as I worked and raised my 4 children, but never really knew the band it came from. My children Lived with Queen music, and totally identified with them, especially in their band performances. My grandson heard Queen because his father played it all the time. We saw this movie as a family and the movie was about family, friends, and loyalty. The typical band movie is about rising-to-fame, falling-from-fame. This movie is about hanging together as family, as loyal friends ..something we Really need more of today!! The 2 :15 time frame flies by and you're left wanting more...more... more... Rami Malek is awesome as Freddie! He, his 3 co-stars, last director, music director, and entire crew deserve nominations! See this in a theatre that has great sound where you can appreciate the depth of the music! One of my most favorite movies in 75 years!

Q: Is this movie suitable for a (fairly open-minded) 12-year-old girl but sensitive to profanity? Thanks.
Q: Queen only played 1 session in the 1985 Live Aid concert, so why are there 2 separate and different entries onto the Live Aid stage in the movie? - One entry in the beginning, and one near the end.
Q: There was a young guy in a blue shirt at end of movie watching Live Aid on a TV in a bar; was he a significant character; they showed him two or three times watching the concert.
See more »
Edit