Here's our roundup of the best new series of the year so far, and where to watch them.

TV Shows
a list of 30 titles
created 2 months ago 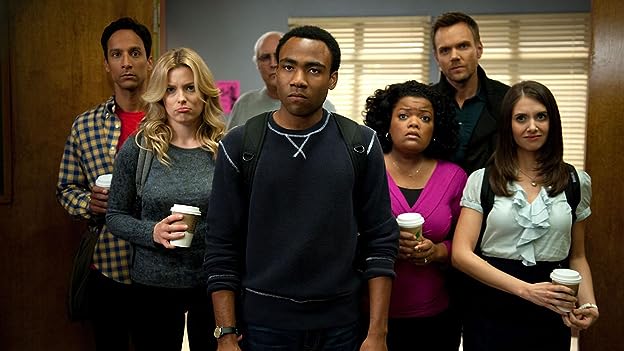 In season six, episode twelve, "Wedding Videography", Abed tells Annie not to "Jim" the camera. This is a reference to The Office (2005), which was filmed in the same documentary style as the episode was. See more »

The Colorado Bar Association automatically disbars anyone who lies about having a bachelor's degree for a minimum of eight years, not the conditional four-year probationary period Jeff is given to obtain said degree. Further, reinstatement to the bar after that period would be highly unlikely given his previous dishonesty. See more »

Finally, after a long dry-spell, I have found a live-action TV show that actually makes me laugh again.

Watching this show made me burst out laughing so many times. The script is wonderfully written and the actors have excellent comedic timing to match it. Sure, there are a few less-than-funny parts about it, but then again, it's not sketch comedy, so it can't be funny all the time.

McHale leads nicely, but both he and Gillian Jacobs do a weird 180 degree turn in character after a couple of episodes. It was supposed to be a step meant to make them seem more human and vulnerable, rather than absurd, comedic characters, but ends up making you a bit uneasy. A special kudos goes to Ken Jeong, for portraying one of the funnier characters portrayed on screen as of late.