TV Series
a list of 22 titles
created 2 weeks ago 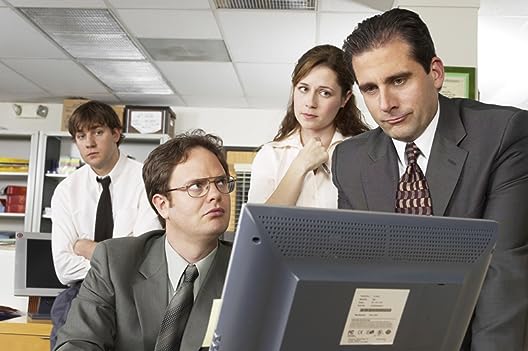 Jack Coleman, who played the state Senator in seasons seven through nine, was a main character on Heroes (2006). Dwight mentioned Heroes (2006) several times throughout the series. See more »

Stanley Hudson: Boy have you done lost your mind? Cause I'll HELP you find it!
See more »

I am a huge fan of the British version of the Office. I remember looking forward to the American version when it first came out and being disappointed immediately to the point that I refused to watch it after the first episode. Almost 6 years later I gave it another go as people were telling me that it was actually quite good. I took the advice that I should start from season 2. This time around I enjoyed it more and gradually warmed to the characters that were basically copies of the British version. I can't believe that I would ever say this, but this show is as good as the British version. The bonus is that there is a lot more of it. It was certainly a knee-jerk reaction to give up on it so quickly, but it seems that a lot of people did. The Jim/Pam relationship is a clone of Tim and Dawn, but some of the pranks that they play on Dwight(Gareth in British version) are quite brilliant. There are certainly differences between the two versions, but generally the American version stays fairly true to the original.

If you loved the original, definitely give this a go.

Q: What is Andy's ringtone in "The Return"?
Q: Where can I find the list of the pranks Jim pulled?
Q: Are some parts of the show improvised?
See more »
Edit