Pitchfork
Still of Night
Details only on IMDbPro »

Editors' Picks: Our Favorite Long Takes
a list of 16 images
updated 1 month ago

Oscarwinner nudity
a list of 46 people
created 4 months ago

How much of Susan Sarandon's work have you seen?

'Blackbird': A Film About Death That's Really About Life 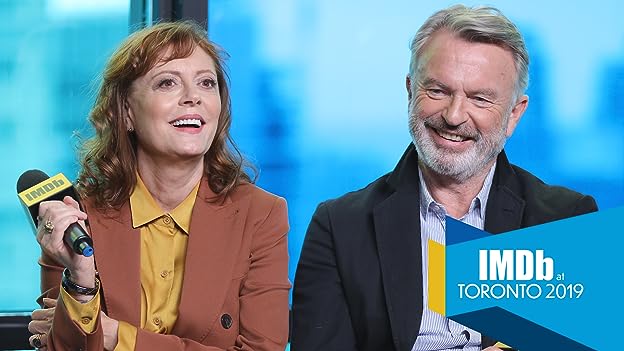 Susan Sarandon, Sam Neill, and director Roger Michell get into the nooks and crannies of their family drama Blackbird with IMDb at Toronto, presented by Intuit: QuickBooks.

Soundtrack (17 credits)
2019 Dolemite Is My Name (performer: "Button Up Your Overcoat")

2012 The Perks of Being a Wallflower (performer: "Toucha Toucha Touch Me")

1987 The Witches of Eastwick (performer: "Someone To Watch Over Me", "Cello Concerto in B minor (Allegro)")

1974 The Front Page (performer: "Button Up Your Overcoat")

Thanks (9 credits)
2012 Sing Me the Songs That Say I Love You: A Concert for Kate McGarrigle (Documentary) (special thanks: funding)

2001 And Then One Night: The Making of 'Dead Man Walking' (TV Movie documentary) (special thanks)

1993 The War Room (Documentary) (special thanks)

Appeared in Glenn Frey's music video "Part Of Me, Part Of You" (footage only) See more »

I demand a lot of myself and a lot of other people. I'm not easily satisfied. I'm fairly excessive. But it's interesting that we always see excessiveness and artists' angst, whatever, as sitting in a garret and drinking yourself to death. I don't believe in that at all. But I do have a real hunger for feeling things, and an ability to connect with people. It's everything to me; making connections... See more »

In 1916, her grandfather Giuseppe/Joseph Vincent Criscione immigrated to the United States from Ragusa, Sicily, where he was born in 1901. Today, Susan is an honorary citizen of Ragusa and the city gave her the "Ragusani nel Mondo" award. Susan's maternal grandmother, Anita Rigali (aka Evelyn Fiorentino; 1907-1984), was the daughter of emigrants from Coreglia, Province of Lucca, Tuscany, Italy. See more »