The Billion-Dollar Film Club: 46 Movies to Reach $1 Billion Worldwide
a list of 46 images
updated 10 months ago

Liked Actors
a list of 33 people
created 22 hours ago

BEST ACTING PERFORMANCES! (for me)
a list of 49 people
created 7 months ago

How much of Leonardo DiCaprio's work have you seen?

Leonardo DiCaprio Through the Years 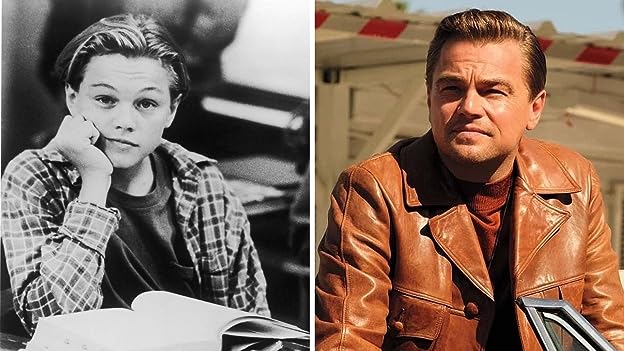 From his early roles in "Growing Pains" and The Basketball Diaries, to his performance in Once Upon a Time... In Hollywood, take a look at Leonardo DiCaprio's extensive career.

2018 Struggle: The Life and Lost Art of Szukalski (Documentary) (producer)

2016 Before the Flood (Documentary) (producer)

2011 The Ides of March (executive producer)

2012 J. Edgar: The Most Powerful Man in the World (Video documentary short) (special thanks)

2010 Dreams: Cinema of the Subconscious (Video documentary) (special thanks)

The last thing I want to turn into is a fat Hollywood jerk. I was brought up without much money and I was happy. I don't think that I will strive for money or success and end up greedy or big-headed. That only leads to unhappiness. I can still be down-to-earth and do this job as long as I enjoy it. See more »

Only uses his media presence for environmental or human rights causes. See more »