The Best Movies and Series to Watch in October

Take a look at the best movies and series to watch in October in theaters and streaming.

Hollywood Heartthrobs Through the Years

We love these Hollywood icons, and we bet you do too.

See all the photos

The Best New and Upcoming Horror

Celebrate the season of spooky with a look at some of the horror movies and series out now and coming soon.

Editors' Picks: Streaming on Netflix
a list of 50 images
updated 3 months ago

Oscars Snubs and Surprises: IMDb Fans React to the 2022 Nominations
a list of 17 images
updated 3 months ago

April Picks: The Movies and TV You Can't Miss
a list of 25 images
updated 4 months ago

What's Next for This Year's Oscar Nominees?
a list of 20 images
updated 6 months ago
Create a list »

How much of Andrew Garfield's work have you seen?

The 'Spider-Man' Franchise Cast Through the Years 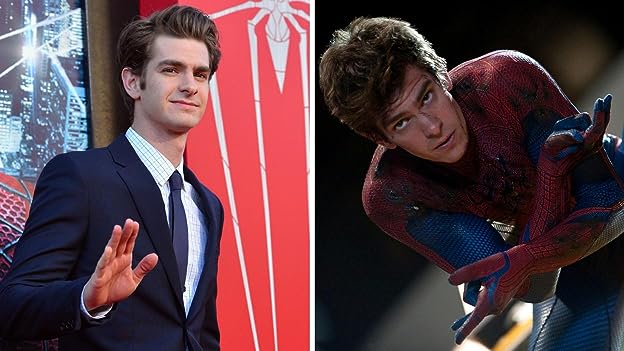 See photos of the Spider-Man franchise cast, in character and at red carpet premieres for the popular films through the years.

Jump to: Actor | Producer | Soundtrack | Thanks | Self | Archive footage
Hide

Andrew's paternal grandfather, Samuel Garfinkel, was born in London, to Sarah and Harry Garfinkel, who were Polish Jewish immigrants; Samuel later changed the surname to "Garfield". Andrew's paternal grandmother, Doris May (Savage), also born in London, was of Russian Jewish and Romanian Jewish descent. Andrew's mother is the daughter of Peter Hillman and Florence A. Luckens, and is of English ... See more »