A woman in her sixties, after losing everything in the Great Recession, embarks on a journey through the American West, living as a van-dwelling modern-day nomad.

Jessica Bruder (based on the book by), Chloé Zhao (written for the screen by)

Deagle Movies
a list of 29 titles
created 3 weeks ago

Deagle Show
a list of 28 titles
created 3 weeks ago

Search for "Nomadland" on Amazon.com

The Rise of Frances McDormand 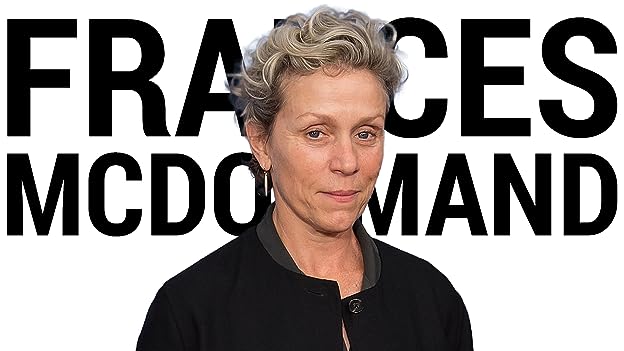 Actor Frances McDormand, known for her Oscar-winning performances in Fargo and Three Billboards Outside Ebbing, Missouri, and Nomadland. "No Small Parts" takes a look at her long, eclectic career in film and television.

Following the economic collapse of a company town in rural Nevada, Fern (Frances McDormand) packs her van and sets off on the road exploring a life outside of conventional society as a modern-day nomad. The third feature film from director Chloé Zhao, NOMADLAND features real nomads Linda May, Swankie and Bob Wells as Fern's mentors and comrades in her exploration through the vast landscape of the American West. Written by Searchlight Pictures

Surviving America in the Twenty-First Century.

Rated R for some full nudity. | See all certifications »

Many of Frances McDormand's co-stars, such as Charlene Swankie and Bob Wells, had no idea she's a Hollywood star. Bob still did not know this until they shot an emotional scene in which Fern remembers her late husband, Bo. Afterward, he said to McDormand privately that it meant a lot for her to tell him that story and that everything was going to be OK. She subsequently revealed to him that her husband's name was actually Joel Coen and he was still alive, which surprised Bob as he learned that McDormand was in fact an actress. See more »

At the Thanksgiving celebration in Mendocino, David Straithairn's character likens the wineglasses clinking, very clearly, to 'the bells of ACROsanti.' Both his pronunciation and the subtitle spelling agree. He is referring to, however, the bells of ARCOsanti. See more »

Fern: It's strange that you encourage people to invest their whole life savings, go into debt, just to buy a house they can't afford.
See more »

I believe that all bad ratings are given by people who just never traveled and did not feel these subtle details that are shown in the film. The film shows very accurately and vitally the fact that the spirit of adventurism and freedom lives inside the main character. There are no secret meanings here, even dialogues from different people about the philosophy of life are just part of the ordinary life of any person. Deep down, each person can decide and control the balance of their future and the right to make mistakes.

Q: Will this film be released for streaming or VOD any time soon?
See more »
Edit