After losing everything in the Great Recession, a woman embarks on a journey through the American West, living as a van-dwelling modern-day nomad.

Jessica Bruder (based on the book by), Chloé Zhao (written for the screen by)

February Picks: The Movies and TV You Can't Miss
a list of 35 images
updated 2 weeks ago

Search for "Nomadland" on Amazon.com

A Guide to the Films of Chloé Zhao 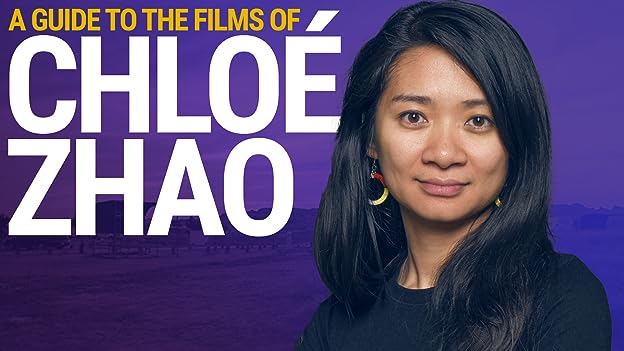 From The Rider to Nomadland, we explore down the cinematic trademarks of writer, producer, and director Chloé Zhao.

Following the economic collapse of a company town in rural Nevada, Fern (Frances McDormand) packs her van and sets off on the road exploring a life outside of conventional society as a modern-day nomad. The third feature film from director Chloé Zhao, NOMADLAND features real nomads Linda May, Swankie and Bob Wells as Fern's mentors and comrades in her exploration through the vast landscape of the American West. Written by Searchlight Pictures

Surviving America in the Twenty-First Century.

Rated R for some full nudity. | See all certifications »

The company town of Empire, Nevada is a real place that was owned by US Gypsum. In 2011, US Gypsum closed the mine, and subsequently, the town with it. Workers and their families were allowed five months of continued residency in their company-owned homes after the closure. The zip code would even later be discontinued as Empire became a ghost town. See more »

Merle: I worked for corporate America, you know, for 20 years. My friend Bill worked for the same company. And... He had liver failure. A week before he was due to retire, HR called him in hospice and said, you know, let's talk about your retirement. And he died 10 days later, having never been able to take that sailboat that he bought out of his driveway. And he missed out on everything. Then he told me before he died, just don't waste any time, girl. Don't waste any time. So I retired as soon as I ...
See more »

Following the economic collapse of a company town in rural Nevada, Fern (Frances McDormand) packs her van and sets off on the road exploring a life outside of conventional society as a modern-day nomad. "Nomadland" features real nomads Linda May, Swankie and Bob Wells as Fern's mentors and comrades in her exploration through the vast landscape of 'The American West' A sweeping panoramic portrait of 'The American' nomadic spirit set on the trail of seasonal migratory labor, "Nomadland" is a road movie for our times, now doubly relevant and resonant in this moment of redefinition and change. We see the grandeur of 'The American West', from 'The Badlands' of South Dakota to 'The Nevada Desert', to 'The Pacific Northwest', through the eyes of 61-year old Fern. Fern is a woman who has lost a husband and in fact her whole former life, when the mining town where she lived is essentially dissolved. But in her process, she gains strength and a new life. Fern finds her community in the nomad gatherings she attends which include Linda May and Swankie (real life nomads who play themselves), closer companionship with Dave (David Strathairn), and along with others she meets on her journey. But most importantly, in nature, as she evolves, in the wilderness, in rocks, trees, stars, a hurricane, this is where she finds her independence. The film incorporates non-actors and have them be themselves in the moment, then Fran has to somehow be herself in the moment as well, because she couldn't know what they're going to do. That's why the film has so much of her in the character. It's a way to make practical things that you need, things for bartering on the road. A big part of Fern's evolution is learning to live with nature. Living in a van, she becomes increasingly more exposed to nature, it's beauty and hostility, it's ability to replenish and to heal. The sound design is very important to the film and is tailored to the very different specific landscapes Fern travels through. The film keeps the sound design true to the soundscapes of the places where Fern finds herself. This film is based on the non-fiction book 'Nomadland: Surviving America In The 21st Century' by Brooklyn writer Jessica Bruder. The book is a work of investigative journalism and each chapter has a different topic. Half of the book focuses on nomadic living, and the other half is actually undercover reporting. Men come and go, cities rise and fall, whole civilizations appear and disappear; the earth remains, slightly modified. The earth remains, and the heartbreaking beauty where there are no hearts to break. We sometimes choose to think, no doubt perversely, that man is a dream, thought an illusion, and only rock is real. Rock and sun. We've always been deeply drawn to the open road, an idea we find to be quintessentially American; the endless search for what's beyond the horizon. The film captures a glimpse of it, knowing it's not possible to truly describe 'The American Road' to another person. One has to discover it on one's own. The film uses the classically male/'Western' genre tropes to tell a more universal story of triumph over adversity and the will to survive and adjust one's dreams. There's been this promise made to the baby boomer generation, that if they just did 'X', 'Y', and 'Z', it would all work out by the time they got to retirement age. Clearly that didn't happen and isn't happening. The safety net has ripped, and many people are now falling through it. It's like 'The Titanic's' going down. And this situation dovetails with the tradition of rugged American individualism. Many of these people who are finding themselves forced into this sort of life are discovering an independence and a new sense of themselves. Beholden to only themselves for the first time in their lives. It's inspiring, complicated, of course, in the way that so much in America is so layered and complicated right now. These are people who are redefining 'The American Dream'. The film grapples with this idea of 'The American Dream', and seeing it from a fresh perspective. "Nomadland" enters this world, explores a unique American identity; the true nomad. Being a 'Nomad' is a choice, not a circumstance.