Search for "Fyre" on Amazon.com

"A Discovery of Witches" Casts a Tempting Spell 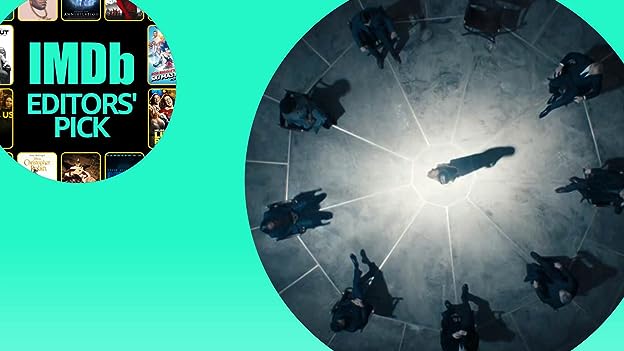 Want something to watch? Check out "A Discovery Witches." Two supernatural academics, one juicy romance. Find out why this series is being called a brainy Twilight for adults.

An exclusive behind the scenes look at the infamous unraveling of the Fyre music festival.

behind the scenes | netflix |

The Greatest Party That Never Happened.

Himself - Event Producer: I got to his office, fully prepared to suck his dick.
See more »

References Mark Felt: The Man Who Brought Down the White House (2017) See more »

I remember seeing the infamous promotional video for this festival (not that I'm wealthy enough to attend this kind of event, but some friend sent me the link, so I could "contemplate" the "dream" that other people were going to live). I remember feeling confused about this: what is it, exactly? It's some music festival, but all we see is this Caribbean landscape with a yacht, jetskis and girls in bikinis. Not that this seemed just like a lure, but clearly this was just pretty archetypical promo that could have been just one of a thousand meaningless "influencer" videos in this Instagram era where people are more busy turning their life into a promotional object than living and enjoying it.

I also remember reading the Vice article documenting the extent of the disaster the actual event was. That article is what got me to understand that this was actually supposed to be a music festival (I did not bother looking into that sort of detail after being sent the initial promotional video, as it seemed like your typical, meaningless Instagram garbage).

Then, over a year later, I see this thing in the Netflix menu, and decide to watch it. This is an interesting story where what one would initially perceive as pure naivety clearly turns into plain deceit, and where the expectations of grandeur for the "dream" being sold were artificially inflated through social media. And on that last point, I think this documentary does a pretty decent job of mocking how social media and "influencers" (still can't believe that's how these parasites are called), in today's world, is all about style over substance, expectations vs. reality, and the culture of appealing people with luxury items and "lifestyle" while having an empty bank account or being in major debt. How many of these stories have we heard over the years, of people living the "good life", only to go bankrupt a few year later? This is the new "15 minutes of fame" concept, one heavily filtered picture at a time.

The documentary gathers a satisfying amount of interviews with people who worked on the event, of on-site footage before and during the event, and of other significant moments that show you the true colors of Billy McFarland and Ja Rule - the founders of this scam. You do get some insight on their mentality throughout, as Ja Rule and McFarland have no grasp whatsoever on reality and won't take no for an answer, regardless of whether what they want to do is within the realm of possibility or not. It does not matter to them. They're in the Caribbean, they always got a beer in their hands, and they couldn't care less about the logistics - until the very last second, when they got their back against the wall, but will take their customers' money regardless.

As I mentioned before, at first, it seems like they really are doing their best to materialize the vision they had. That vision, however, is soon enough unveiled as something that obviously won't happen, with mountains of financial and logistical challenges that just can't possibly be climbed, as could have easily been predicted, had the founders not been so short-sighted and stubborn.

The structure of the documentary quickly turns into a countdown to the event, and boy it's not short on cringey moments, let me tell you that. It obviously escalates as the event approaches and you know the ship is about to hit the iceberg, big time. While it may be hard to feel pity or sympathy towards rich kids who can afford to spend 25K on that kind of weekend getting ripped off, "Fyre" somewhat debunks a mentality that plagues North American society and reveals the emptiness behind each lavish lifestyle picture posted by these "influencers" on Instagram to a much wider scale by giving a prime example of an empty shell that was created and promoted on social media.

Overall, this "anatomy of a modern day disaster" documentary is very well put together, one cringeworthy moment after another. Worth watching if you've heard of this fiasco and you're curious about how it all went down.