At the end of the 24th Century, and 14 years after his retirement from Starfleet, Jean-Luc Picard is living a quiet life on his vineyard, Chateau Picard. When he is sought out by a mysterious young ...

Picard and the crew track Soji to the Borg cube in Romulan space, resurfacing haunting memories for Picard. Meanwhile, Narek believes he finally found a way to safely exploit Soji for information.

The End Is the Beginning

Completely unaware of her special nature, Soji continues her work and captures the attention of the Borg cube research project's executive director. After rehashing past events with a reluctant Raffi...

TV Series Tracker: Renewed and Canceled
a list of 113 images
updated 1 week ago

January Picks: The Movies and TV Shows You Can't Miss
a list of 16 images
updated 1 month ago

How many episodes of Star Trek: Picard have you seen? 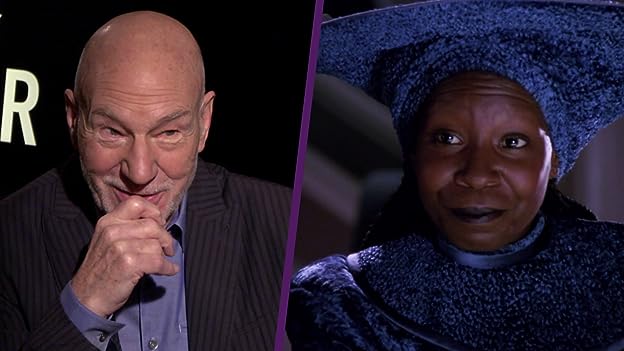 Ten years before Kirk, Spock, and the Enterprise, the USS Discovery discovers new worlds and lifeforms as one Starfleet officer learns to understand all things alien.

The travels of a lone bounty hunter in the outer reaches of the galaxy, far from the authority of the New Republic.

After their father is murdered under mysterious circumstances, the three Locke siblings and their mother move into their ancestral home, Keyhouse, which they discover is full of magical keys that may be connected to their father's death.

At the end of the 24th Century, and 14 years after his retirement from Starfleet, Jean-Luc Picard is living a quiet life on his vineyard, Chateau Picard. When he is sought out by a mysterious young woman, Dahj, in need of his help, he soon realizes she may have personal connections to his own past.

The End is only the Beginning.

Picard's dog, Number One, is played by a rescue pit bull named Dinero. Patrick Stewart insisted that Picard have a dog of that breed, as he and his wife volunteer with a pit bull rescue organization. Writer and producer Michael Chabon commented that while Dinero is a very friendly and affectionate dog, he's not much of an actor. Several planned scenes with Number One had to be reworked because Dinero wouldn't take direction. See more »

The opening credits feature a piece of the sky cracking off and floating through various locations from Picard's life (his family vineyard, a Borg cube and the planet Romulus) before finally used to reform Picard's profile. See more »

Q: Why make a TV series about Picard rather than a movie?
Q: Which timeline does this show follow?
Q: Can you watch and understand this show if you haven't watched any other Star Trek shows previously?
See more »

Best way to watch this show is just to shut off your brain and enjoy the pretty scenes without any real story that makes any sense, Just don't expect Star Trek Because Alex Kurtzman has really no concept of what that actually is.