Writer/director Ari Aster breaks down genre expectations, The Wicker Man influences, and how he wants audiences to feel after his "break-up film," Midsommar.
Watch now 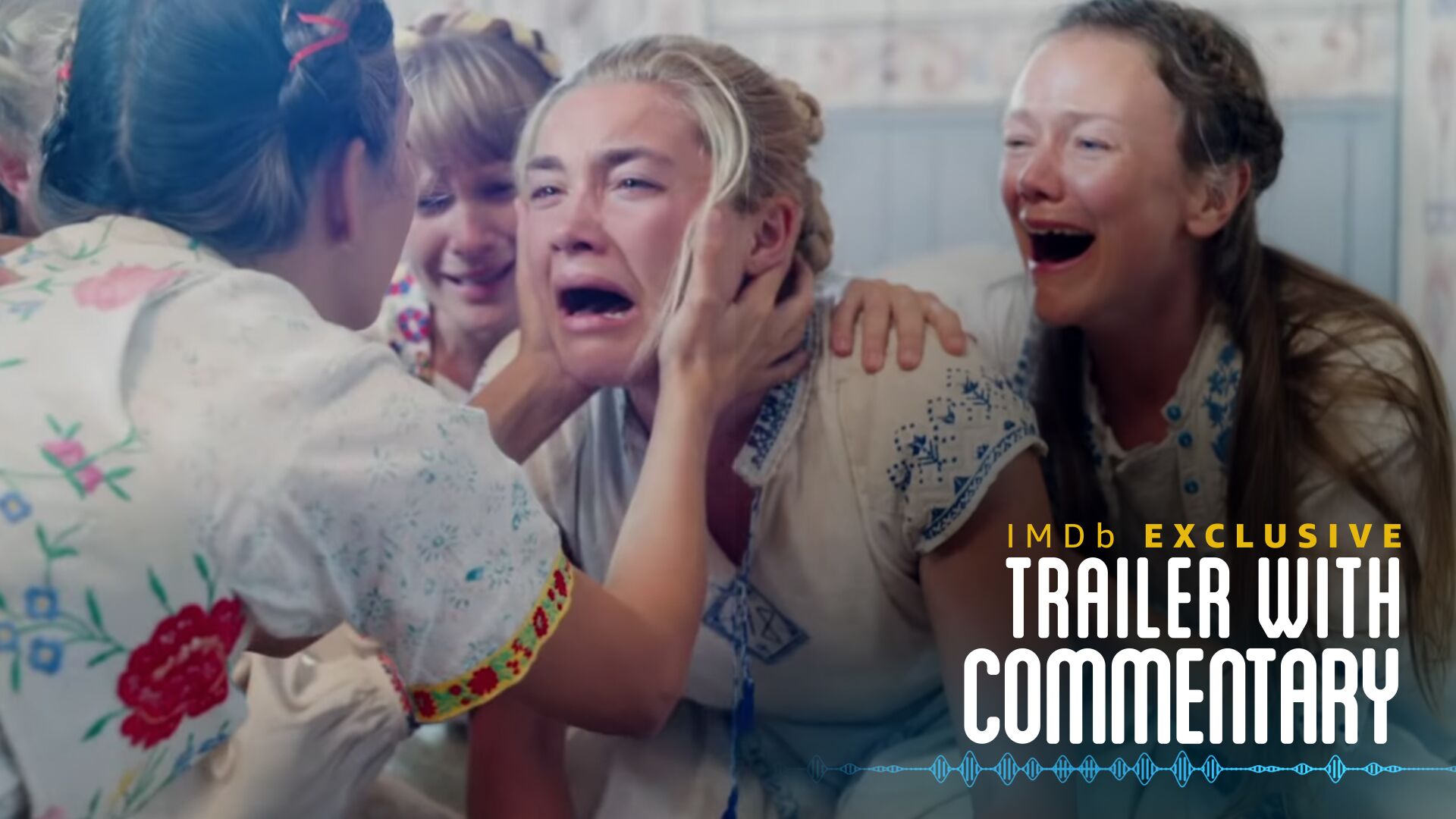 Review
Review
Featured review
9/10
An Operatic Catharsis On Emotional Dependency
"I have always felt held. By a family... a real family. Do you feel held?"

One of the most universal and innately human desires is a sense of belonging. The human brain is not meant to be alone; we are evolved to be a part of something. Belonging fundamentally allows us to form our own sense of identity, establish social connections through community, and provides us with love, attention, security, and purpose. Perhaps more importantly, a lack of belonging is when we begin to lose sense of ourselves and who we are. This loss of touch with who we are when the world around us suddenly disappears... this slight loss of footing, dip in reality, always feeling somewhat displaced and perpetually unsettled... this encapsulates the mood of Ari Aster's Midsommar.

Aster has delivered a psychedelic genre-defying horror fable that wins its audience by creeping into our darkest corners of angst, longing, and loneliness. At its core, the film is about a young woman who copes with crippling anxiety rooted in a desperate and fearful need for love as she comes to terms with the end of a relationship. It's about anxiety, fear of abandonment, and moving on. It is a meditation on human belonging; an operatic catharsis played on the strings of emotional dependency; a journey both inward and outward, to finally let go of something that was never meant to be.

Midsommar is not a mystery or suspense movie. It unveils itself unapologetically, as if the filmmaker has no intention of hiding anything from us in the first place (the entire movie is visually depicted almost constantly in the background on walls or tapestries). Yet the film establishes its own rhythm and pacing. As the characters embark on a mushroom trip and grow weightless and spacey, so do we get entranced by the beautiful Swedish settings and sounds-at times indistinguishable from flutes being played by characters on-screen, and at other times, woven with a spell-binding aural hypnosis (listen to "Attestupan" without falling into a meditative trip).

Like Hereditary before it, the casting is exceptional. Florence Pugh portrays and embodies isolation and anxiety so effectively that the ideas feel nearly concrete. Her part as Dani demands an incredible range and her commitment to the role is apparent. Her character has an air of desperation to her. A perfect casting for a lonely soul. Jack Reynor, a critical piece to this opera as the unlikeable and detached boyfriend, also delivers in a solid performance that leaves us conflicted, or at the very least, challenged.

If Satan and Cannibal Corpse got together to shoot Blue Valentine in Sweden, I'd imagine it would be something like Midsommar. Aster taps into a dark and vulnerable place-he opens the door to chests you may have locked away and have had no intention of coming back to. If you've gone through a break-up recently, it may resonate even stronger. It's uncomfortable, unpleasant, but ultimately, cathartic.

The director goes on to describe the film as almost a perverse wish-fulfillment fantasy. You see what you want to see. The inclusion of this overarching idea bears a universal relevance to how we can behave in the midst of the most toxic relationships. Entering the ethereal fog of Hårga perhaps a metaphor for willfully indulging in our clouded judgment to escape our fears.

If Hereditary was a thematic exploration of inescapable fate, Midsommar is a tighter, more centered thematic reflection on emotional dependence. The thought given to the characters and script and the details within the various shots, symbols, and sounds will all surely leave many viewers coming back for more.

Plan to watch it twice, if for nothing else, to drink the tea again.
helpful•709456

Suggest an edit or add missing content
Top Gap
What is the streaming release date of Midsommar (2019) in India?
Answer
Edit page