Editors' Picks: Streaming on Netflix
a list of 25 images
updated 3 days ago

Watched online
a list of 49 titles
created 4 months ago

Search for "Spenser Confidential" on Amazon.com

'Spenser' Cast Loved It When Mark Wahlberg Got Beat Up 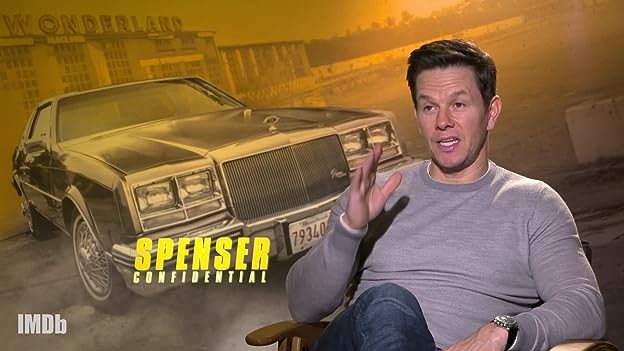 Spencer Confidential stars Mark Wahlberg, Iliza Shlesinger, and Winston Duke discuss the on-set stunt work and where they'd like to see Spenser get a beat down next.

When Mari Gilbert's daughter disappears, police inaction drives her own investigation into the gated Long Island community where Shannan was last seen. Her search brings attention to over a dozen murdered sex workers.

Army doctors struggle to find a cure for a deadly virus spreading throughout a California town that was brought to America by an African monkey.

Spenser (Mark Wahlberg) - an ex-cop better known for making trouble than solving it - just got out of prison and is leaving Boston for good. But first he gets roped into helping his old boxing coach and mentor, Henry (Alan Arkin), with a promising amateur. That's Hawk (Winston Duke), a brash, no-nonsense MMA fighter convinced he'll be a tougher opponent than Spenser ever was. When two of Spenser's former colleagues turn up murdered, he recruits Hawk and his foul-mouthed ex-girlfriend, Cissy (Iliza Shlesinger), to help him investigate and bring the culprits to justice. From director Peter Berg, SPENSER CONFIDENTIAL is an action-comedy co-starring Bokeem Woodbine, Marc Maron and Austin Post. Inspired by Robert B. Parker's Wonderland, a best-selling novel by Ace Atkins. Written by Netflix

The Law Has Limits. They Don't.

Rated R for violence, language throughout and sexual content | See all certifications »

As Spenser is driving to Betty's, you hear a voice on the radio giving an update on the recent murder of Captain Boylan. The person giving the update is Director Peter Berg See more »

Throughout the film, which takes place during a short time interval, the deciduous trees switch randomly back and forth between full summer green leaf, fall colors, and without any leaves. See more »

Judge: And how do you plead on the count of aggravated assault of a police officer?
Spenser: Guilty.
Judge: Before I sentence you, is there anything further that you would like to add?
Spenser: Yes. The son of a bitch deserved it.
See more »

Sure this movie doesn't break any new ground, but its a fun & entertaining action movie.

The plot is basic. Try and get to the bottom of a police cover up. They throw in a twist or two to make it interesting (that you'll probably see coming), but it doesn't take away from the enjoyment. Wahlberg & Duke have a great chemistry together, both have some funny moments, and along with Arkin, its what sells the movie and will keep you watching.

The choreography in the fight scenes is also good. It looks very raw and authentic. The bathroom & restaurant brawls are the standouts. The only negative is that the fights scenes throughout the first hour or so are all very quick. All are under 2 minutes, and feel like they could (and should) have gone on longer.

Overall, I'd recommend giving it a watch