PG-13 | 2h 3min | Comedy, Music | 26 June 2020 (USA)
2:53 | Trailer
18 VIDEOS | 144 IMAGES
When aspiring musicians Lars and Sigrit are given the opportunity to represent their country at the world's biggest song competition, they finally have a chance to prove that any dream worth having is a dream worth fighting for.

June Picks: The Movies and TV Shows You Can't Miss
a list of 29 images
updated 3 months ago

Search for "Eurovision Song Contest: The Story of Fire Saga" on Amazon.com 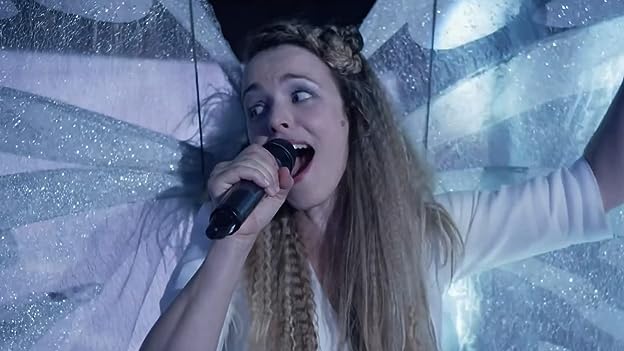 IMDb talks with Will Ferrell, Rachel McAdams, and the rest of the stars of Eurovision Song Contest: The Story of Fire Saga about their favorite onscreen musical groups.

When aspiring musicians Lars and Sigrit are given the opportunity to represent their country at the world's biggest song competition, they finally have a chance to prove that any dream worth having is a dream worth fighting for.

Alexander (Dan Stevens) invites Lars and Sigrit to his party and says "be my guests." Dan Stevens played Beast in Beauty and the Beast (2017) which famously includes the song "Be Our Guest". See more »

During the Song Along scene, Loreen can be seen walking with the hedges either side. During the back shot, it seems as if she has walked out from the hedges and is in the open. However, when they cut back to her face, she is still in between the hedges. See more »

Graham Norton: Okay, so not as bad as we expected.
See more »

In the final credits, the name of the actors are shown with the flag of the country they were born. See more »

Full of laughs, love, music, and happiness; this is a wonderfully entertaining movie! With Rom-Com styling, the movie is a ton of fun. It's an enjoyable satire, drawing awareness to a production that most North Americans are unfamiliar with. If you're like me, it may even bring a tear to your eye! Based on the lesser reviews, I guess some people expected an experience similar to "Schindler's list." This isn't that, nor is it trying to be. For those who simply want to kill two hours, this is definitely worth your time. Great job, Netflix!

Q: Do Will Ferrell and Rachel McAdams sing in the film?
See more »
Edit