Search for "The Two Popes" on Amazon.com

John Malkovich and Jude Law Are the Other Two Popes 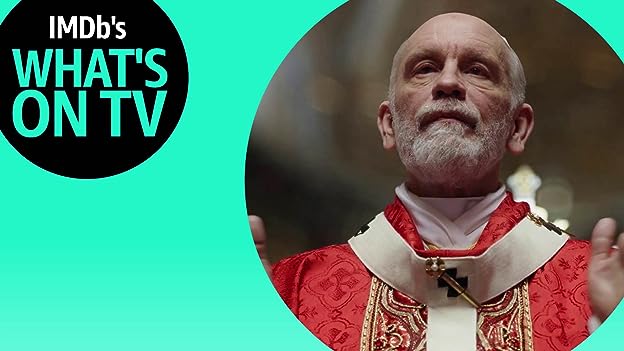 HBO's "The New Pope" picks up where "The Young Pope" left off and offers something very different from The Two Popes on Netflix. It's a complicated TV world, and we’re here to help.

A film director reflects on the choices he's made as past and present come crashing down around him.

A Chinese family discovers their grandmother has only a short while left to live and decide to keep her in the dark, scheduling a wedding to gather before she dies.

An intimate story of one of the most dramatic transitions of power in the last 2,000 years. Frustrated with the direction of the church, Cardinal Bergoglio (Jonathan Pryce) requests permission to retire in 2012 from Pope Benedict (Anthony Hopkins). Instead, facing scandal and self-doubt, the introspective Pope Benedict summons his harshest critic and future successor to Rome to reveal a secret that would shake the foundations of the Catholic Church. Behind Vatican walls, a struggle commences between both tradition and progress, guilt and forgiveness, as these two very different men confront their pasts in order to find common ground and forge a future for a billion followers around the world. Inspired by true events. Written by Netflix

Rated PG-13 for thematic content and some disturbing violent images. | See all certifications »

The movie is based on historical events, including public speeches and published religious debates, but the private conversations between Bergoglio and Ratzinger are mostly based on conjectures. Writer Anthony McCarten commented: "What you always do is you speculate. Hopefully that speculation is based in facts and the truth, and hopefully it's inspired." See more »

When Cardinal Bergoglio quotes the Bible to Pope Benedict he says it is from Isaiah 41 Chapter 10. It should be Chapter 41 Verse 10. See more »

Pope Francis: And remind you that truth may be vital, but without love, it is unbearable. Caritas in veritate.
See more »

There's a brief shot after the end credits. See more »

Q: Does anybody know what Zarah Leander song the Pope is trying to play on the piano?
See more »

Pleasantly surprised
11 September 2019 | by gregorycookjohnson – See all my reviews

I just watched this at TIFF, and thought it was a very charming film. The performances by Pryce and Hopkins were exceptional - very humorous, and the subtleties of there characters made for a fascinating chemistry. Highly recommended!