New on Prime Video in August

Freshen up your watchlist with Prime Video’s latest roster of movies and TV shows, featuring Inception.

Search for "My Spy" on Amazon.com

How Dave Bautista Gets Out of His Comfort Zone 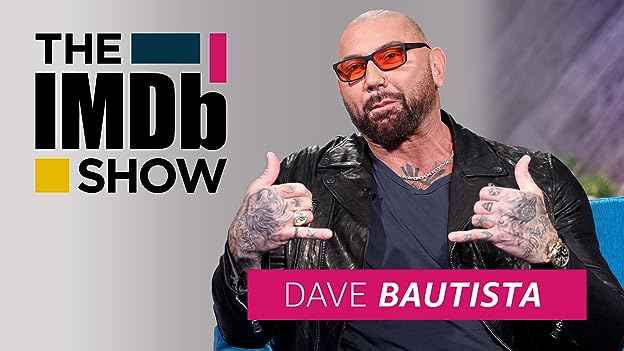 The star of My Spy, Guardians of the Galaxy, and Spectre pushes beyond his comfort zone in every performance.

A crew of rugged firefighters meet their match when attempting to rescue three rambunctious kids.

After failing to find success on Broadway, April returns to her hometown and reluctantly is recruited to train a misfit group of young dancers for a big competition.

A hardened CIA operative finds himself at the mercy of a precocious 9-year-old girl, having been sent undercover to surveil her family.

Rated PG-13 for action/violence and language. | See all certifications »

My Spy made its U.S. premiere in June 2020 on Amazon Prime Video labeled as an Amazon Original. According to Slashfilm, STX Entertainment pushed My Spy's original theatrical release date of August 23, 2019, to March 2020 to avoid overlapping another Dave Bautista film and STX's family friendly Playmobil Movie. The March release was pushed back another month, to April, 2020, to take advantage of the Trolls World Tour release date that opened up when the Trolls sequel was moved to digital release because of the coronavirus pandemic. Ironically, that resulted in My Spy's own digital premiere when the health crisis shut down theaters across the U.S. According to Deadline, My Spy earned about $5 million in its brief international release. See more »

While in Berlin, the license plates of various cars show a sticker for emissions testing (AU). Those stickers are not issued anymore since 2010. See more »

Sophie: You messed with the wrong dude.
Sophie: [to her uncle as he dragged into a plane explosion] Have A Nice Flight
[beat]
Sophie: Dick!
See more »

Q: How many times are they going to push the release date back for this film? It must be really bad if they keep delaying it!
See more »
Edit