Search for "Little" on Amazon.com 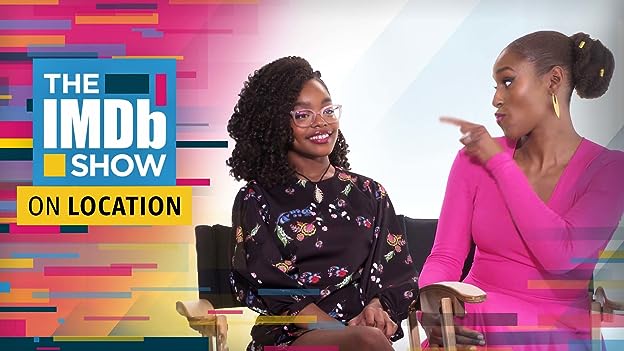 Issa Rae, Regina Hall, and Marsai Martin reveal which Little cast member came up with the idea for the film, and the age they would relive if they had their own Little moment.

A woman is boxed out by the male sports agents in her profession, but gains an unexpected edge over them when she develops the ability to hear men's thoughts.

A woman is released from prison and reunites with her sister. She soon discovers that her sister is in an online relationship with a man who may not be what he seems.

Two con women - one low rent and the other high class - team up to take down the men who have wronged them.

A big box store worker reinvents her life and her life-story and shows Madison Avenue what street smarts can do.

A group of high school dropouts are forced to attend night school in hope that they'll pass the GED exam to finish high school.

A family man struggles to gain a sense of cultural identity while raising his kids in a predominantly white, upper-middle-class neighborhood.

A hopeless romantic ambivalent about his future in medical school falls for a hard-luck young woman who doesn't believe in love.

A young woman disenchanted with love mysteriously finds herself trapped inside a romantic comedy.

Sophie, a young uni dropout and 'little' behaves and dresses like a child and sees the world with childlike wonder. After a failed suicide attempt she leaves behind her bitter mother and ... See full summary »

Follows the awkward experiences and racy tribulations of a modern-day African-American woman.

A woman is transformed into her younger self at a point in her life when the pressures of adulthood become too much to bear.

The Boss... is getting demoted See more »

Rated PG-13 for some suggestive content | See all certifications »

Numerous news outlets reported that, with this movie, Marsai Martin set a record to become the youngest-ever executive producer in the history of Hollywood. See more »

At the final pitch meeting Jordan walks in the front door, but her car can be seen through the glass parked in it's space behind the meeting room. See more »

The movie lacked a strong story, making the plot wishy washy and jumpy that being said, it was still a very enjoyable movie. The belly shaking laughs were mainly in the first half of the movie. It grew less funny when once the transformation actually happened.

Regina Halls role was executed very well and what made it more funny was that the characters were relatable to my own life. I feel if you cannot relate it to yourself, then this movie may not be for you.