Kaamyaab (original title)
1h 49min | Drama | 6 March 2020 (India)
0:32 | Trailer
3 VIDEOS | 17 IMAGES
Sudheer is an actor from the heyday of Bollywood. Years after his retirement, he realizes that he 'retired' on the verge of accomplishing a unique record. He decides to come out of his retirement to complete the round figure of 500.

The "Most Anticipated New Indian Movies and Shows" widget tracks the real-time popularity of relevant pages on IMDb, and displays those that are currently generating the highest number of pageviews on IMDb.

Bolly new
a list of 22 titles
created 10 months ago

The Rise of Sanjay Mishra 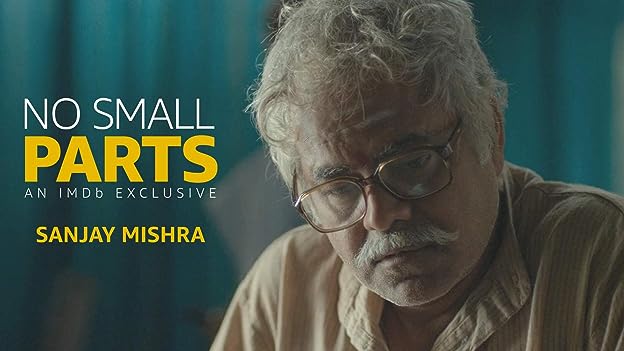 Sanjay Mishra, a veteran Hindi actor with over 170 credits to his name, is known for his roles in films like Ankhon Dekhi, Masaan, and the on-going Golmaal series. He plays the lead in Kaamyaab, presented by Red Chillies Entertainment which incidentally produced one of the first films he starred in. Find out which one in this episode of "No Small Parts" which is a tribute to character actors just like his latest film.

Har Kisse Ke Hisse - Kaamyaab is an upcoming movie by Red Chillies Entertainment and Drishyam Films. Starring Sanjay Mishra and Deepak Dobriyal in the lead roles, it is the directorial feature debut of Hardik Mehta. This movie presents the story of a fictional character Sudheer, struggling to land the 500th role of his career as an extra in the Bollywood industry.

Sudheer: Those days, potatoes were in great demand.
TV Host: Potatoes ?
Sudheer: Yeah, i mean... character actors like me were called 'potatoes' back then. Potatoes complement everything. You can cook food by adding them to cauliflower, brinjal or tomatoes. Whether it was comedy, thriller or romance, no matter who the lead actor was... potatoes like me could fit anywhere.
TV Host: But Mr. Sudheer, the audience still loves you. They still remember you.
Sudheer: No. Only 'Heroes' find a place inside the hearts of the audience. We do not have an...
See more »

As expected from all time one of best offbeat actor Sanjay Mishra. Movie explored the frustration, complexity , competition a side actor has to face in a wonderful way.