TV-14 | 45min | Drama, Romance, Sci-Fi | TV Series (2019– )
Season 3 Premiere
2021
Episode Guide
27 episodes
1:45 | Trailer
3 VIDEOS | 233 IMAGES
Centers on a town where aliens with unearthly abilities live undercover among humans. But when a violent attack points to a greater alien presence, the politics of fear and hatred threaten to expose them.

Max, Michael and Isobel clash when a major revelation comes to light; Alex, Michael and Kyle uncover the truth about Project Shepard.

Max and Michael find themselves at a dead end with the 4th alien; Liz has a dangerous encounter with an unexpected visitor; Kyle begins to spiral.

Secrets about Rosa's final day, Isobel's mysterious blackouts and Alex and Michael's relationship in high school are uncovered in flashbacks.

Having realized that a deadly threat has infiltrated CrashCon, and with Max facing immediate danger, Liz and Isobel must make a heart-wrenching choice. 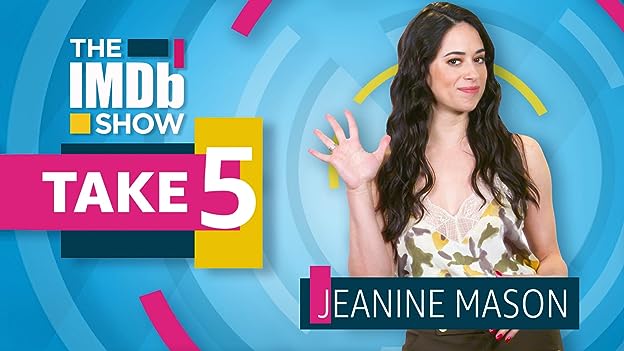 Get to know the "Roswell, New Mexico" star as she takes our "Take 5" challenge and shares her favorite dance movie, dream role, and more.

Centers on a town where aliens with unearthly abilities live undercover among humans. But when a violent attack points to a greater alien presence, the politics of fear and hatred threaten to expose them.

I never review something on one episode, and I am in the center on politics. This first episode though was insulting to the underlying story that I know is there (I enjoyed the original). I want to watch a show about this group of people that are joined together by being friends of or in relationships with aliens that crashed in Roswell and the things they go through with some exciting twists. If this show had main characters that were typical of the modern day political right and spewed political stuff from their view, I would be just as turned off as I am by this show having main characters that are of the modern day left spewing their political stuff. I am not watching MSNBC or FOX NEWS...I am trying to watch a show about, you know, aliens from freaking outer space.

In the first episode, we get to hear about ICE, checkpoints, racial profiling, the wall (with a snuff toward Trump), illegal immigrants, police that "didn't sign up to tear families apart", and then it tops off with some gay military guy and a gay alien (which is not wrong imo, but it is more political messaging). Its like they specifically sat down and said how can we check off all the left talking points...and then did exactly that. Again, if they sat down and checked off the right talking points, it would be just as crappy. I imagine episode two is going to bash religion, promote UBI, some stuff about abortion, and tell us trans men/women should be able to compete with the new genders in the olympics. How stupid to shove this into the story when the story is about Roswell and aliens.

To be clear, none of those things I just listed are issues to me in real life, they are however political issues that have no bearing on how this story is told. This means its intentionally being used as a method of political messaging...or you guessed it, propaganda. Its obvious and its a horrible direction to take the show as you alienate people that just want to watch a good show. There is nothing wrong with being gay, denouncing the wall, advocating for immigration reform, or disliking government agencies. There is something wrong with specifically using those as devices to attempt to sway perceptions of those that mean to watch a show not about those topics and its clearly evident this is being done.

Having said all that. I am still going to watch it to see if this trend of shoveling political nonsense dissipates some or they if truly ruined it. If they ruined it, then I am done and I will leave this review here.

Q: Can anybody tell me more about the song Liz (and Rosa) plays to cheer her up?
Q: So is this filmed in the alien planet or is this Earth too? I mean how does Alex Manes go from SrA E4 in episode 1 to a full blown Captain in Episode 2?
See more »
Edit