TV-MA | 30min | Adventure, Comedy, Drama | TV Series (2019– )
Season 2 Premiere
2020
Episode Guide
16 episodes
0:31 | Trailer
7 VIDEOS | 50 IMAGES
A cynical young woman in New York City keeps dying and returning to the party that's being thrown in her honor on that same evening. She tries to find a way out of this strange time loop.

As the present begins to unravel, Nadia's troubled past comes back to haunt her, and Alan worries they're running out of time.

Nadia and Alan try to figure out how they're connected. Alan can't remember his first death, so Nadia follows him over the course of his night.

February Picks: The Movies and Shows You Can't Miss
a list of 11 images
updated 31 Jan 2019

Search for "Russian Doll" on Amazon.com 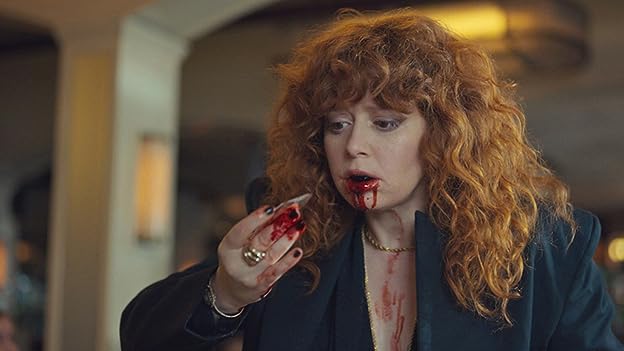 Everyone's talking about "Russian Doll"- is it a Groundhog Day rip-off? An homage? Or is Groundhog Day a genre in itself? We take a look at the newest Hollywood take on a time loop.

On Nadia's 36th birthday she is struck by a car and killed while leaving her party. In an instant she is alive again and transported back to her birthday party earlier that night. Moments later she dies again and finds herself, once again, back at her party, Nadia begins to question her sanity as she strives to unravel the mystery of her situation.

The last name of protagonist Nadia Vulvokov, played by Natasha Lyonne, is a play on the word "vulva" and is not a real Russian surname. The name Nadia is short for Nadezhda and means "hope" in Russian. See more »

Gotta Get Up
Written and performed by Harry Nilsson
See more »

The concept isn't new as we have seen it already in many other places but the way it is presented in this show is incredible. I've finished watching it today and I must say ,Go and watch it because it's worth it. The story , the acting are both great ! I laughed a lot and had a lot of good time so this show is a must watch.

Q: Is the plot similar to Groundhog Day?
Q: Will there be a second season?
See more »
Edit