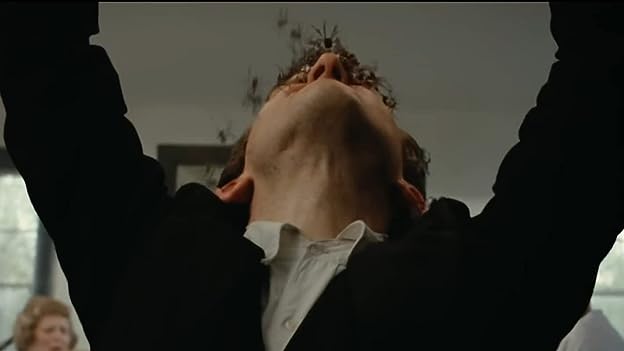 Some people are just born to be buried. See more »

Actor Harry Melling dumped real orb-weaver spiders on his head. He said that he was okay with it as long as the spiders weren't changed to snakes. See more »

Deputy Lee Bodecker: Some people were born just so they could be buried.
See more »

Featured in Sean Chandler Talks About: The Devil All the Time Movie Review (2020) See more »

Some of the best acting I've seen in 2020. It's not for everyone, but I highly recommend it.

Q: Does Jake Gyllenhaal supposed to act in this film but eventually ended up as one of the producers?
Q: What specific type/breed of dog was refabricated in this movie?
Q: who is the narrator (doing the voice over) through the movie ?
See more »
Edit