TV-MA | 45min | Crime, Drama, Romance | TV Series (2018– )
Episode Guide
21 episodes
2:32 | Trailer
20 VIDEOS | 1762 IMAGES
A dangerously charming, intensely obsessive young man goes to extreme measures to insert himself into the lives of those he is transfixed by.

As Love looks after an increasingly skittish Ellie, Joe tries to reconstruct the events of a trippy evening -- but finds the truth to be elusive.

Fear and Loathing in Beverly Hills

Joe wants to get away, but Forty insists they finish their script. As pressure mounts, Forty's excessive coping devices make for a harrowing night.

Joe juggles problems with Paco and Beck and now must contend with a private investigator as well, but resolution is coming, one way or another.

Check out our editors' picks to get the lowdown on the movies and shows we're looking forward to this month.

TV Tracker: Renewed and Canceled Shows
a list of 86 images
updated 3 days ago

Watched Series
a list of 41 titles
created 1 month ago

How many episodes of You have you seen?

Search for "You" on Amazon.com

Which TV Teen Did James Scully of "You" Identify With? 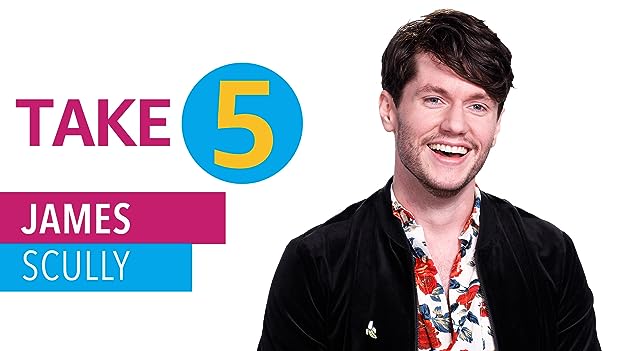 "You" star James Scully shares his most watched movies ever, and which TV teen from "Buffy the Vampire Slayer" he most identified with.

A teenage boy with a sex therapist mother teams up with a high school classmate to set up an underground sex therapy clinic at school.

Privileged teens living on the Upper East Side of New York can hide no secret from the ruthless blogger who is always watching.

Four friends band together against an anonymous foe who threatens to reveal their darkest secrets, while also investigating the disappearance of their best friend.

Convicted of a decade old crime of transporting drug money to an ex-girlfriend, normally law-abiding Piper Chapman is sentenced to a year and a half behind bars to face the reality of how life-changing prison can really be.

Based on Caroline Kepnes' best-selling novel of the same name, YOU is a 21st century love story that asks, "What would you do for love?" When a brilliant bookstore manager crosses paths with an aspiring writer, his answer becomes clear: anything. Using the internet and social media as his tools to gather the most intimate of details and get close to her, a charming and awkward crush quickly becomes obsession as he quietly and strategically removes every obstacle - and person - in his way. Written by ahmetkozan

Penn Badgley wasn't nearly as adept with social media as his character Joe was portrayed to be in the series. According to co-star Shay Mitchell (Peach), Penn had never even heard of "Tumblr" and knew little about "Instagram" and other such social networking sites until he started the shoot. See more »

Season 1 was okay, entertainable. Didn't like Beck at all though.

Season 2 is more mature and Love is a great character (great actress). The season is more thrilling and the story isn't that cheesy. Really enjoyed it!