R | 2h 2min | Crime, Drama, Thriller | 4 October 2019 (USA)
2:25 | Trailer
42 VIDEOS | 428 IMAGES
In Gotham City, mentally troubled comedian Arthur Fleck is disregarded and mistreated by society. He then embarks on a downward spiral of revolution and bloody crime. This path brings him face-to-face with his alter-ego: the Joker.

film completati
a list of 46 titles
created 6 months ago 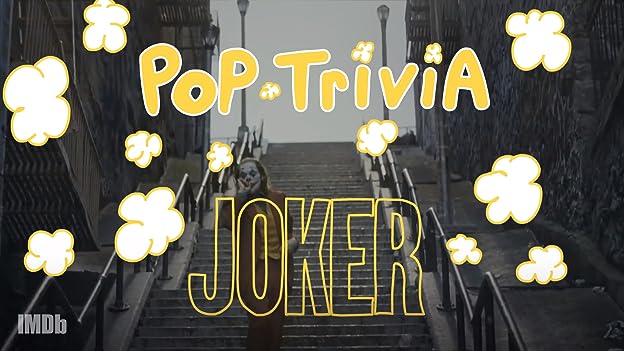 Fight Club (1999) director David Fincher disliked the film, criticizing it as another corporate Hollywood franchise film that steals from other works. On the film, Fincher said, "I don't think anyone would have looked at that material and thought, 'Yeah, let's take Travis Bickle and Rupert Pupkin and conflate them, then trap him in a betrayal of the mentally ill, and trot it out for a billion dollars." He further elaborated "The reality of our current situation is that the five [major studios] don't want to make anything that can't make them a billion dollars," he said. "None of them want to be in the medium-priced challenging content business. And that cleaves off exactly the kind of movies I make." See more »

When Arthur gets in his refrigerator in his apartment, he pulls the door shut tight. Doing so would lock it with no way to open it from the inside, yet he appears in the next scene with no explanation of how he escaped. See more »

Going along with the old style of the movie, end credits are done in the old fade in/out way (instead of scrolling), complete with dots to separate person with position/role. See more »

Q: Will Joaquin Phoenix's Joker appear in any of Robert Pattinson's Batman movies?
Q: Will there be a sequel?
Q: Why does Thomas Wayne seem to not care about anyone but himself and his family?
See more »
Edit