The Billion-Dollar Film Club: 46 Movies to Reach $1 Billion Worldwide
a list of 46 images
updated 6 days ago 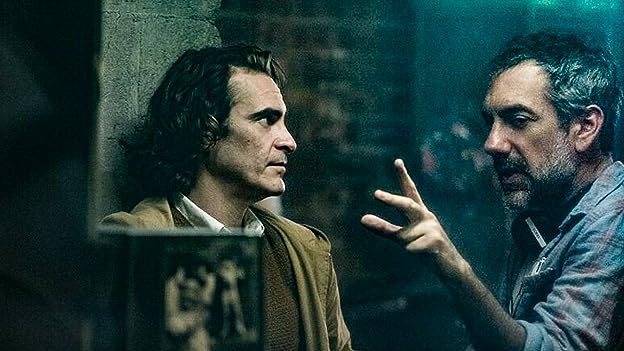 During a press conference at the Venice International Film Festival, Joaquin Phoenix was asked if he prepared for the role by watching any other takes on the character, and it seems this version does not find its roots in anything that's come before. "For me what the attraction to make this film, this character, was that we were going to approach it in our own way, so for me, I didn't refer to any past iterations of the character." Phoenix said. "It was just something that felt like it was our creation in some ways and I think that's what was really important for me and key to it." See more »

The car that almost hit the Joker as he was chasing the teenagers was a 1989 Caprice. See more »

The Moon Is A Silver Dollar
Written by Sammy Fain and Mitchell Parish
Performed by Lawrence Welk and His Orchestra
Courtesy of Prestige Elite Records Ltd.
See more »

Q: Who plays Batman, the other side of the coin, and why isn't he credited?
Q: In Penny's medical file it says she had a lobotomy. Did she have this procedure before the abuse took place and could this explain how the abuse could happen without her stopping it?
Q: Is this Joker the same Joker from the comics, or an entirely different individual?
See more »

Not a spoon feeding of CGI fueled faux drama.
5 October 2019 | by brianmlucas – See all my reviews

The movie affects you in a way that makes it physically painful to experience, but in a good way.