Elena graduates university, meets a man from a nice family and returns to Naples. When she returns home she is told that Lila left home with her son. While in Pisa Elena wrote a novel based on her ...

Elena enjoys her life as a student in Pisa. When she is sick she reads the notebooks Lila gave her during her visit to Naples, and learns what Lila has gone through during the years.

On the island of Ischia, Elena runs into the Sarratore family, reigniting her childhood crush on Nino; Lila's resistance to Marcello's pressing courtship reaches a breaking point; an unexpected ...

How many episodes of My Brilliant Friend have you seen?

Search for "My Brilliant Friend" on Amazon.com 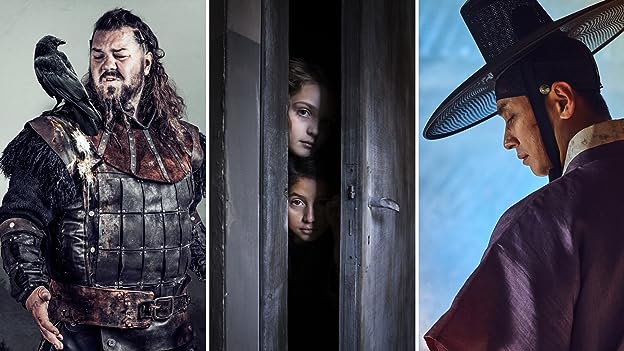 On this IMDbrief, we present your What to Watch passport to a world of must-see streaming series.

A unique portrayal of two young amateur actresses embarking on a journey that will forever change their lives as they star in the most eagerly anticipated new show of 2018-Elena Ferrante's ... See full summary »

A cocaine shipment makes its way to Europe, starting from the moment a powerful cartel of Italian criminals decides to buy it, to its journeys through Mexico, to its shipment across the Atlantic Ocean.

Story of a young ultra-Orthodox Jewish woman who flees her arranged marriage and religious community to start a new life abroad.

Characters live in an alternative history in which Franklin D. Roosevelt was defeated in the U.S. presidential election of 1940 by Charles Lindbergh.

A look at the life and work of Jewish-Israeli lawyer Lea Tsemel who has represented political prisoners for nearly 50 years.

A grieving widow discovers that her seemingly ideal husband lived many secret lives.

When the most important friend in her life seems to disappear without trace, Elena Greco, an elderly woman living in a house crammed with books, switches on her PC and starts writing her own story, and that of Lila. She tells the tale of their friendship, which started at school in the 1950s. Set in a dangerous but fascinating Naples, it is just the start of a story spanning sixty years of life. A tale that attempts to unveil the mystery of Lila, Elena's brilliant friend. Her best friend, and her worst enemy.

While her family was on summer vacation in Oslo (Norway), child actress Elisa del Genio landed a role by sheer happenstance after HBO called her mother about scheduling a meeting with her brother Alberto for a part in their TV series. Elisa accompanied Alberto to the audition and HBO ended up choosing her instead. See more »

Incredible
5 December 2018 | by shellcleo – See all my reviews

From the first episode I was hooked. Definitely one of the best series I have ever watched.Highly recommend it to everyone. Now I am reading the 4 books.

Q: Why did Fernando Cerullo get so angry over the shoes Rino gave him for Christmas?
See more »
Edit