I Am the Night

With an address in hand, Fauna (India Eisley) and Jay (Chris Pine) head to Hawaii to find Tamar. Fauna in the hope of finding some answers about who she is, Jay hoping to find answers about the Hodel...

Fauna (India Eisley) meets up with Corinna (Connie Nielsen) but suspects the woman of lies and hiding her real mother, Tamar. Jay (Chris Pine) meanwhile gets a harsh visit from the LAPD but this ...

As Jay (Chris Pine) edges closer to the truth, he begins to realise the MO for the case he's looking at has more than a passing resemblance to the Black Dahlia murder. Fauna (India Eisley) receives a...

Search for "I Am the Night" on Amazon.com 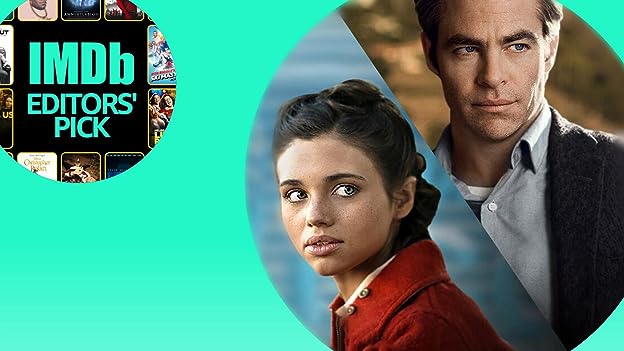 Inspired by true events, "I Am the Night" tells the gripping story of Fauna Hodel (India Eisley), a teenage girl who is given away at birth, and grows up outside of Reno, Nevada. Fauna lives more-or-less comfortably with the mysteries of her origin, until one day she makes a discovery that leads her to question everything. As Fauna begins to investigate the secrets of her past, she meets a ruined reporter (Chris Pine), haunted by the case that undid him. Together they follow a sinister trail that swirls ever closer to an infamous Los Angeles gynecologist, Dr. George Hodel (Jefferson Mays), a man involved in some of Hollywood's darkest debauchery, and possibly, its most infamous unsolved crime. Written by TNT

Inspired by a True Story

At the Happening in Episode 4, Corinna Hodel performs an art piece where people use scissors to gradually cut off her clothes while she sits there passively. This is actually a 1965 Yoko Ono performance art piece called "Cut Piece." See more »

This show just didn't live up to how good it should have been.... Chris Pine. Love him. The lead actress... she started with promise, but I kept wondering when her outer façade would break and we'd begin to see genuine emotion (we never really did). Ultimately, it set up such an eerie, creepy mystery with real world inspiration, old Hollywood setting with awesome costumes and sets... but along the way, it totally lost my interest. I was curious enough to see the ending, so I stuck with the limited series to the end. But it felt like a mediocre show that should have been great.

I Am the Night See more »