New and Upcoming VOD, DVD, and Blu-ray Releases
a list of 76 titles
updated 1 week ago

Editors' Picks: Streaming on Disney Plus
a list of 23 images
updated 1 week ago

March Picks: The Movies and TV Shows You Can't Miss
a list of 13 images
updated 3 weeks ago
Create a list » 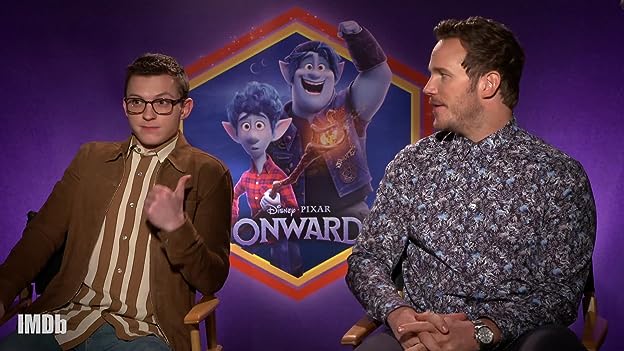 This is the first Pixar film to feature the short 2011 Disney closing logo since The Good Dinosaur (2015), not counting international versions of the 2016-2019 Pixar films. See more »

Ian comes home from school with a clean face after getting ink on it at school. See more »

A nod to a role-playing classic in the closing credits: "Special thanks to the D&D team at Wizards of the Coast for use of The Beholder and The Gelatinous Cube" See more »

I like the originality in this movie, nothing special imo, i definitly didn't mind watching the movie. Voice acting was really great though, the movie definitly got some laughs out of me. Go watch it if you have younger children, nothing special for adults and teens though.