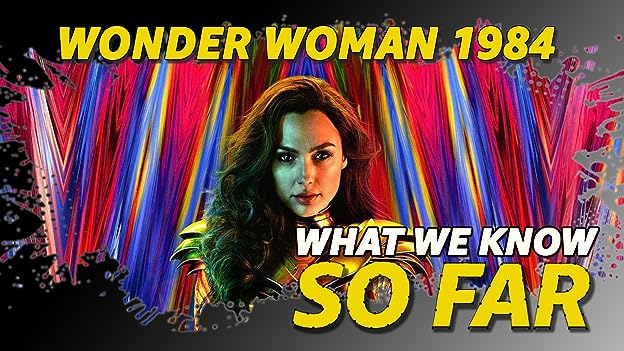 Gal Gadot is back to save the world, and she's bringing Kristen Wiig and Pedro Pascal along for the ride. Here's what we know about Wonder Woman 1984 ... so far.

While on vacation on the Nile, Hercule Poirot must investigate the murder of a young heiress.

The film has had four release date shifts, the first being December 20th, 2019 to November 8th, 2019 in order to avoid competing against Star Wars: Episode IX - The Rise of Skywalker (2019). Once it was announced that the 25th James Bond film was to leave its originally scheduled November 1st spot, Warner Bros. moved the film's release up a week, in order to take an extra week advantage. The fourth (don't they mean 3rd?) schedule change pushed the film back by 7 months to June 5th, 2020 as Warner Bros. realized the success of the first film's June 2nd, 2017 release. See more »

Diana Prince: My life hasn't been what you think it has. We all have our struggles.
See more »

Q: Any clues about the 80's soundtrack?
Q: In the movie Batman V Superman, Bruce Wayne tells Diana that she has not recovered from Steve's death and has been "missing" for over 100 years. How does she appear in 198?
Q: So this is sequel to Wonder Woman but a prequel to Man of Steel, Batman VS Superman, Justice League, & Aquaman?
See more »
Getting Started | Contributor Zone »