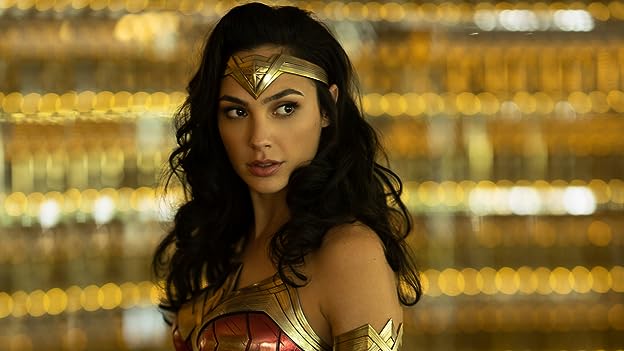 IMDb asks the Wonder Woman 1984 cast to reveal one secret about Gal Gadot that no one knows, and the results are surprising! Find out what Gal always says to Chris Pine when she's frustrated, and what songs she sings between takes.

The Dreamstone is made of citrine quartz. Citrine has long represented prosperity and wealth, and has been referred to as the "merchant's stone" or "money stone". See more »

In the Egypt car chase scene, when Diana says, "I've got this," her red, blue, and gold suit can be seen under her white shirt. In shots leading up to this, her white shirt is open and the suit is clearly not there. See more »

Q: Why is Blue Monday by New Order used in the trailer when the song was released in 1986, 2 years after the setting of Wonder Woman *1984*??
Q: In the movie Batman V Superman, Bruce Wayne tells Diana that she has not recovered from Steve's death and has been "missing" for over 100 years. How does she appear in 1984?
Q: So this is sequel to Wonder Woman but a prequel to Man of Steel, Batman VS Superman, Justice League, & Aquaman?
See more »
Edit