J.D. Vance (based on the book by), Vanessa Taylor

Search for "Hillbilly Elegy" on Amazon.com

Why Amy Adams Dreamed of Working With Ron Howard 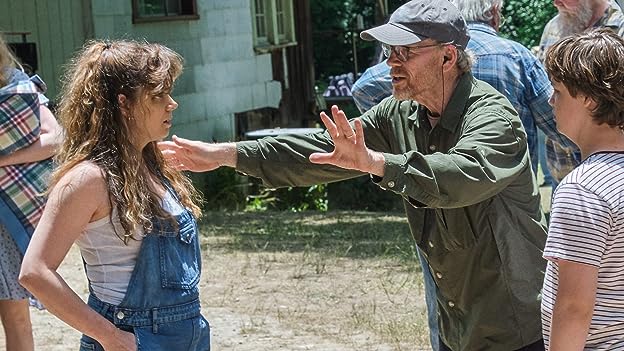 IMDb sits down with Amy Adams, Glenn Close, and the Hillbilly Elegy cast to find out what they learned from working with legendary director Ron Howard.

Based on the bestselling memoir by J.D. Vance, HILLBILLY ELEGY is a modern exploration of the American Dream and three generations of an Appalachian family as told by its youngest member, a Yale Law student forced to return to his hometown. Written by Netflix

Rated R for language throughout, drug content and some violence | See all certifications »

A list of popular cuss words and insults that Mamaw Bonnie regularly used were submitted to the production company by the family. Some, though popular behind the scenes, were too much for public consumption. See more »

J.D. Vance: Where we come from is who we are but we choose every day who we become.
See more »

Don't know why there are such low scores and reviews, it was a very engaging movie, and the acting all round was top notch.

Q: How did he get from Yale to Middletown and back in the time period shown. It's over 700 miles.
See more »
Edit