Armed with only one word, Tenet, and fighting for the survival of the entire world, a Protagonist journeys through a twilight world of international espionage on a mission that will unfold in something beyond real time.

Search for "Tenet" on Amazon.com

'Tenet' Fan Theories: What We Got Right (and Wrong) 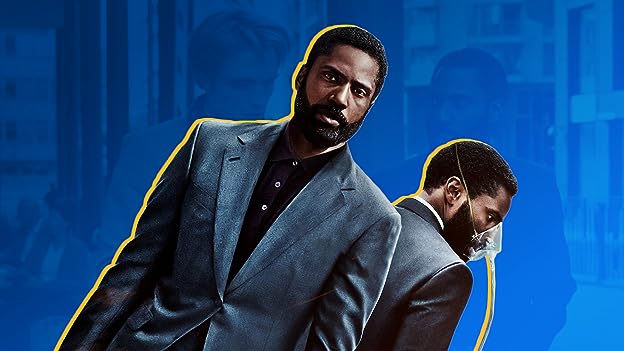 On this slightly spoiler-filled IMDbrief, let's determine which brain-busting fan theories were able to crack the code on Tenet.

In a twilight world of international espionage, an unnamed CIA operative, known as The Protagonist, is recruited by a mysterious organization called Tenet to participate in a global assignment that unfolds beyond real time. The mission: prevent Andrei Sator, a renegade Russian oligarch with precognition abilities, from starting World War III. The Protagonist will soon master the art of "time inversion" as a way of countering the threat that is to come. Written by jesusblack-91294

Rated PG-13 for intense sequences of violence and action, some suggestive references and brief strong language | See all certifications »

Shooting for the car chase sequence lasted three weeks and required the crew to close off eight kilometers (almost five miles) of a six-lane highway down the center of Tallinn. They then shot the cars moving both forward and in reverse. See more »

When the Protagonist shoots the Beretta as a demonstration, the gun and magazine are shown to be empty, and the bullet travels to where it would've been before he pulled the trigger. This would be the chamber - commonly called "The Pipe". But he pulls the magazine out of the gun, and the bullet is there. This is one step removed from where it should be - the magazine would still be empty, with the bullet residing in the chamber. However, the gun in question is semi-automatic and therefore doesn't need to be cocked first, which means loading the bullet into the chamber and firing it are caused by one and the same action. See more »

Fay: That test you passed? Not everybody does.
See more »

The opening credit is just the title. See more »

The British Warner Bros. subsidiary removed 9 seconds of footage (showing Sator kicking Kat during a fight) from the theatrical version to secure a "12A" rating (an uncut "15" was available). This version was later released on home video in the UK. See more »

Lots of potential, but chaotic and at tee end, unsatisfying
30 August 2020 | by walter2-1 – See all my reviews

I am a big Nolan and Sci-Fi fan, and there's no question serious effort went into this movie. No question, the visuals were great, the acting was great, but the editing, PLOT and over-all effect was simply unsatisfying.

The plot is full of discontinuity and random plot elements, and the main time reversal issue is never adequately explained, resolved or identified, and even the cryptic "Tenet" keyword never seems to appear outside of the trailer cuts. The most annoying aspect was the often incomprehensible audio, due to masks and bad editing, that made many key moments a total mystery.

The plot is also littered with bad science of every possible kind, random statements that simply make no real sense (even using the odd time scenario) , and when viewed as ongoing story make you stop and say, how did we ever get HERE? The gun and bullet demonstration really sticks in my mind as total and complete cinematic plot garbage.

I don't doubt this could have been a masterful movie, but unlike Memento or Inception, the script and story continuity were simply not up to the complex story task. The one word that sticks in my mind about this movie is disappointing. After the long delay, i really expected something a lot better than this. Maybe a later edit will fix this, but it certainly doesn't need to get any longer.

Q: Will Hans Zimmer again make great music for the next Nolan movie?
Q: Who has the most screen time in the movie?
Q: Why does the aspect ratio change in the film and does it affect the story in any way?
See more »
Edit