February Picks: The Movies and Shows You Can't Miss
a list of 11 images
updated 11 months ago

Upcoming Movies Guide: February and Beyond
a list of 27 images
updated 11 months ago

Search for "Fighting with My Family" on Amazon.com

WWE Superstar Paige Has the Best Interview Ever 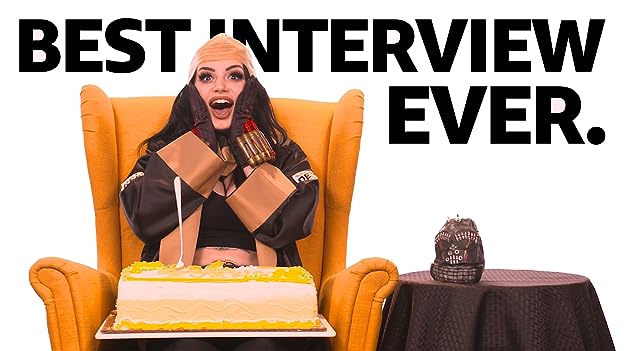 Two con women - one low rent and the other high class - team up to take down the men who have wronged them.

A couple find themselves in over their heads when they foster three children.

A family's serene beach vacation turns to chaos when their doppelgängers appear and begin to terrorize them.

Based on the graphic novels by Mike Mignola, Hellboy, caught between the worlds of the supernatural and human, battles an ancient sorceress bent on revenge.

Based on the Incredible True Story. See more »

Rated PG-13 for crude and sexual material, language throughout, some violence and drug content | See all certifications »

Fighting with My Family See more »

The Rock: Paige, I myself have come from a wrestling family too. I know exactly what it means to you. But don't worry about being the next me. Be the first you.
See more »

The scenes over the end credits come from the 2012 UK Channel 4 documentary 'The Wrestlers: Fighting With My Family'. This is supposedly the documentary The Rock saw that got him interested in producing a film about Paige's story. See more »

In order to obtain a PG-13 rating in the US, some swearing was edited out of the film. The Blu-ray included an R-rated 'director's cut' which restores the edits. See more »

Featured in A Family's Passion: Making of 'Fighting with My Family' (2019) See more »

Q: What is Fighting with My Family about?
See more »

Rating 7.0/10 Make your dreams come true. For me this movie just okay. Simple storyline, not interesting. If you are not expecting something out of the ordinary, you are guaranteed to be entertained. The only good in this movie, when we can seen The Rock. To Florence Pugh a.k.a Saraya Knight you have a good acting performance in this movie !! For all of you, go watch it if you're a hardcore fan of wwe !!