Search for "Late Night" on Amazon.com

The cast of Late Night chats about the film, and IMDb Founder and CEO Col Needham presents the 2019 STARmeter Award in the Fan Favorite Category to star Mindy Kaling at Sundance. 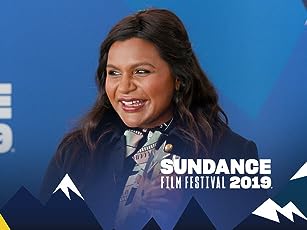 Katherine Newbury (Dame Emma Thompson) is a pioneer and legendary host on the late night talk show circuit. When she's accused of being a "woman who hates women", she puts affirmative action on the to-do list, and - presto! - Molly (Mindy Kaling) is hired as the one woman in Katherine's all-male writers' room. But Molly might be too little too late, as the formidable Katherine also faces the reality of low ratings and a network that wants to replace her. Wanting to prove she's not merely a diversity hire who's disrupting the comfort of the brotherhood, Molly is determined to help Katherine revitalize her show and career - and possibly effect even bigger change at the same time.

They're giving comedy a rewrite.

Katherine has won at least eight Emmys over nearly 30 years, and presumably none in the past decade. Yet someone mentions she lost the first time to John Oliver, whose own show didn't begin until 2014. See more »

Walter Lovell: The thing is you can't take away one terrible thing you did any more than you can take away the millions of beautiful things that we had together. That's a million to one. If you can live with that ratio for another few years, then so can I.
See more »

A feel-good movie with strong similarities with The Devil Wears Prada (2006) and Network (1976). Katherine Newbury (Emma Thompson) is the host of a famous talk show. She has nevertheless rested on her laurels and has badly reacted to the gravis illness of her husband who is obviously the unique pillar of her life, even if she did not realize it yet. Because the talk show is now a shadow of its former self, Katherine needs now new blood to invigorate the texts prepared by her team of dialog writers. Until the improbable arrival of Molly (Mindy Kaling).

The pace is dynamic with excellent verbal jousts and the characters are rather well-built. 6/7 of 10

Q: When will this title be released on DVD for the U.S. audience?
See more »
Edit