Midnight at the Concord

Summer season at Steiner Mountain Resort continues as Moishe and Shirley join the group, disturbing Abe's peace. Susie tries to ward off a new friend while keeping a low profile at the resort. Midge ...

Susie lands Midge her first gig on television, but their victory is short-lived when they realize Midge is being punished for her past. Abe is increasingly unhappy in his dream job at Bell Labs while...

Thank You and Good Night

Midge and Susie deal with the repercussions of Midge's off-script takedown of a famous comedian. With tensions still high at the Weissman household, Rose makes some bold changes. Midge and Joel ...

Editors' Picks: Streaming TV and Movies on Prime Video
a list of 10 images
updated 2 months ago

December Picks: The Movies and TV Shows You Can't Miss
a list of 18 images
updated 6 months ago
Create a list »

How many episodes of The Marvelous Mrs. Maisel have you seen?

Search for "The Marvelous Mrs. Maisel" on Amazon.com 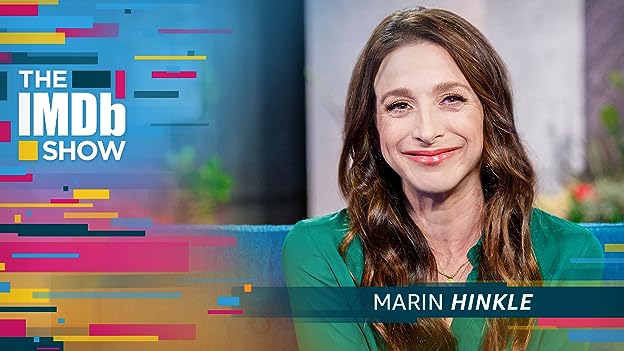 Marin Hinkle of "The Marvelous Mrs. Maisel" lets us in on the fast-paced process behind the streaming series and Rachel Brosnahan's secret morale booster.

A chronicle of the lives of the British aristocratic Crawley family and their servants in the early twentieth century.

TV series based on the New York Times' column that explores relationships, love and the human connection.

Set in 1950s Manhattan, The Marvelous Mrs. Maisel is a 60-minute dramedy that centers on Miriam "Midge" Maisel, a sunny, energetic, sharp, Jewish girl who had her life mapped out: go to college, find a husband, have kids, and throw the best Yom Kippur break-fasts in town. Soon enough, she finds herself exactly where she had hoped to be, living happily with her husband and two children in the Upper West Side. A woman of her time, Midge is a cheerleader wife to a man who dreams of a stand-up comedy career, but her perfect life is upended when her husband suddenly leaves her for another woman. Utterly unprepared, Midge is left with no choice but to reevaluate her life. When she accidentally stumbles onto the stage at a nightclub, she discovers her own comedic skills and decides to use this newfound talent to help her reinvent her life. The series follows the trajectory of Midge's journey as she pursues a career in the male-dominated, stand-up comedy profession, and transforms from uptown... Written by kolnoaMograbi

Among the main cast only Michael Zegen is from the New York area, having grown up in northern New Jersey. By contrast Rachel Brosnahan, Alex Bornstein, and Jane Lynch are all from the Chicago area. See more »

Don Rickles is mentioned along with Bob Newhart. Rickles was years away from being famous in 1958, when the show takes place. Rickles and Newhart met in the mid 1960's. See more »

Amazon is doing it right providing pilots and letting the actual consumers vote on what they want to watch. This is the latest of a string of good entertainment that should see a full season.

The writing is smart and fast paced, the acting is top notch and it runs just edgy enough to keep you stunned without devolving into a parody.

Give it a watch and vote for it on Amazon. This is TV that needs made.

Q: Are all of the songs that Shy sings from the period? Any new material?
Q: Why are there green leaves and rhododendron blooming in Queens NY when the action in Episode 03/ 04 seems to be taking place in the winter ?
Q: Who is the Shy character supposed to represent? Johnnie Mathis?
See more »
Edit