Claudia reveals to Adam how everything is connected and how he can destroy the knot.

Across three centuries, residents of Winden continue their desperate quest to alter their fates and save their loved ones.

Armed with a plan to prevent the apocalypse, Jonas travels to 2019. During the Nielsens' anniversary party, Ulrich sneaks off with Hannah.

June Picks: The Movies and TV Shows You Can't Miss
a list of 29 images
updated 3 weeks ago

2019 Watchlist: The Year's Most-Added TV Series
a list of 20 images
updated 7 months ago

İzlediğim Diziler
a list of 21 titles
created 3 days ago

How many episodes of Dark have you seen?

Search for "Dark" on Amazon.com 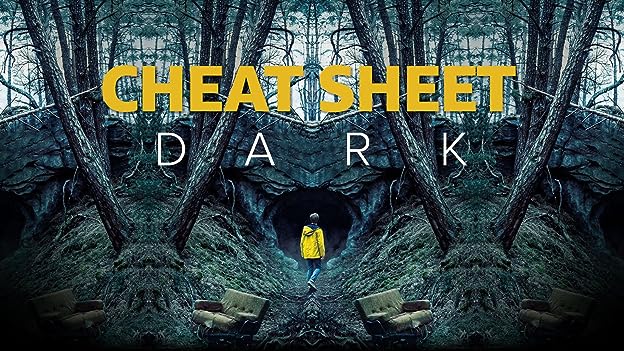 There's a lot of twists and turns to keep track of in "Dark." Can't remember them all? Here's your Cheat Sheet for seasons 1 and 2, before you watch season 3!

In April 1986, an explosion at the Chernobyl nuclear power plant in the Union of Soviet Socialist Republics becomes one of the world's worst man-made catastrophes.

The first German production from the world's leading Internet TV Network is set in a German town in present day where the disappearance of two young children exposes the double lives and fractured relationships among four families. In ten hour-long episodes, the story takes on a surprising twist that ties back to the same town in 1986. Written by Wiedemann & Berg Television

The tattoo on Noah's back, and in a picture in the 1986 version of the local hospital, is of The Emerald Tablet, an ancient text part of whats known as "Hermetica", a collection of occultist 2nd Century Greco-Egyptian "wisdom texts". It describes, among other things, alchemy experiments, transmutation, and the creation of the universe. But more importantly it discusses the idea that both large and small actions are all connected and influence each other, which is a central theme of the series. Also, conspiracy theorists claim, since according to some people, the text is much older than the language it contains, that it might be from somewhere unknown, some claim aliens, some claim time-travel. See more »

The police car used by Egon in 1953 is actually a model from a much later year as evidenced by the large rear window. A 1953 beetle had a small oval window in the back. See more »

Best show I've ever watched. Every aspect of it looks spectacular. It's new , different, unique, confusing at times, thrilling, suspenseful, gripping, beautifully well acted, bit of romantic at the same time. Completely changed the Idea of time travel into my head. I don't think any other time travel thing will excite me more than DARK from now on.

Q: Is this series in English? I don't like subtitles as they detract from the program and details are missed because of reading the dialogues...
See more »
Edit