PG-13 | 1h 34min | Action, Horror, Mystery | 28 August 2020 (USA)
0:51 | Trailer
20 VIDEOS | 151 IMAGES
Five young mutants, just discovering their abilities while held in a secret facility against their will, fight to escape their past sins and save themselves. 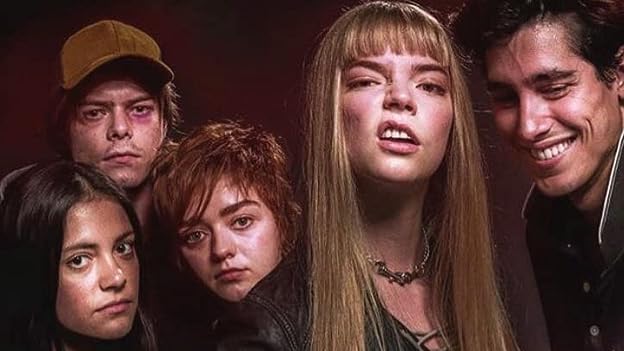 They will never let you out. See more »

Illyana carries a dragon toy. This is a homage to Lockheed, a pet dragon owned by the X-Men (in the comics he was owned by Kitty Pryde/Shadowcat, in this film he is owned by Magik). See more »

Not too far into the movie Magik 'Illyana' shows Mirage 'Dani' around the school and grounds, there's a fountain in front of the main entrance where Magik has stashed some spray paint, she proceeds to spray a bit of graffiti onto the base of the fountain. Throughout the movie whenever you get a shot from the same perspective, the graffiti has disappeared and then it returns, then it's gone again. See more »

It baffles me, when a studio can spend $67 million on something like this. Somebody with authority ok'd this for release. Yes, I realize they did a lot of reshoots, but did they make it better or worse? Because it couldn't have been much worse. Such a waste of good casting.