Waiting for the Artist

A performance artist returns to her native Hungary for a career retrospective.

Young Colombian chefs learn the tricks of the restaurant trade from their strict father, Juan, whose celebrated restaurant only serves one dish: chicken and rice.

In 1980, enigmatic cult leader Father Ra-Shawbard and his followers descended on the small town of Chinook, Oregon, sparking a feud with the local residents that catapulted to national attention.

How many episodes of Documentary Now! have you seen?

Search for "Documentary Now!" on Amazon.com 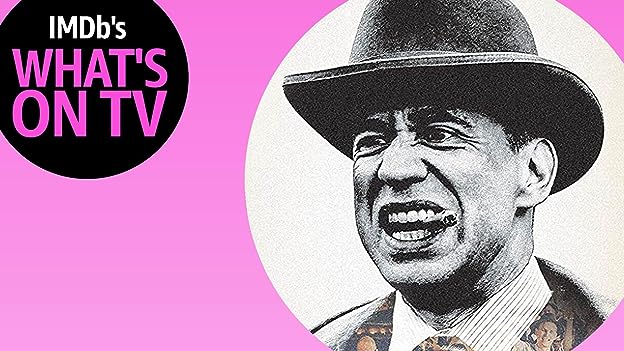 A sketch-comedy series that parodies life in Portland, Oregon.

In this new sketch show, Tim Robinson and guests spend each segment driving someone to the point of needing -- or desperately wanting -- to leave.

A hit man from the Midwest moves to Los Angeles and gets caught up in the city's theatre arts scene.

Having both coincidentally cheated death on the same day, estranged twins reunite with the possibility of mending their relationship.

Show highlights Nick Kroll's incredible ability to transform himself into hilarious characters that pop off the screen while bringing many of his popular short-form favorites along for the ride.

Two delusional geriatrics reveal curious pasts, share a love of tuna and welcome a surprise guest in this filming of the popular comedy show.

A famous guest host stars in parodies and sketches created by the cast of this witty show.

Project sees Keegan-Michael Key and Jordan Peele in front of a live studio audience bantering about a topic weaved between filmed shorts and sketches.

A talk show parody that features celebrity guests, comedy sketches and animation. Based on the podcast of the same name.

Comedian John Mulaney talks about his milk toast boyish looks, his childhood, his Jewish girlfriend, his gayish charm, his favorite TV shows, Ice-T, a homeless person he met in N.Y., and a prostate exam with Batman.

John Mulaney relays stories from his childhood and Saturday Night Live (1975), eviscerates the value of college, and laments getting older in this comedy special. Other topics include the church, his family, Trump and pedophiles abducting kids.

The sketch artist in "The Eye Doesn't Lie" was the actual artist from the court case that the original documentary "The Thin Blue Line" was centered around. This was a total coincidence, as the show's creators thought they had just hired a random police sketch artist. See more »

I love this show. There are hundreds of reasons behind why I love Documentary Now! (2015 - ). Maybe I love it because of how it mocks legendary documentaries. Maybe I love it because I want to be a filmmaker - and they make fun of a lot of filmmaking tropes. Maybe I love it because it is exceptionally written. Maybe I love it simply because it is hilarious. Critics love it and audiences have never seen it. It is ridiculously smart, absolutely entertaining, and masterfully made. Anyone that has seen a documentary will find this show funny. Fred Armisen, Bill Hader, Seth Meyers, Rhys Thomas, Alexander Buono, John Mulaney, Lorne Michaels, and so many more are attached to this show - each contributing to the hilarity. It is crazy how detailed this show is. It dances across a thin line; it is so close to offending the original documentary, but it honors the original documentary (or documentary company) with each episode parodied. Many shots mimic the original documentaries' shots. In fact, they were able to get some of the equipment that the actual documentaries' used (lenses, sketch artists, etc.). After each episode, you want to see the original documentary, because they make jokes that will go over your head. I love it. The writing is exceptional. It is hilarious, crude, genius, and masterful. The creators are all veteran comedians, with backgrounds in SNL (1975 - ) and it works so well. Documentary Now! (2015 - ) is like a cinematic, thought out, and sincere SNL (1975 - ) sketch. Each episode is a hit, because of the writing. Whether from the source material, spoofing, or mockumentary style. They try not to mock legendary documentaries, but pay "homage" to them. There are Emmy nominated performances from each season. Fred Armisen and Bill Hader are masterful comedians. They fully become their characters, with different voices, looks, and quirks. Both of them have very dry, stark, humor and encapsulate what Documentary Now! (2015 - ) is. The guest stars are also hilarious. Owen Wilson is in a couple episodes, alongside Michael Keaton. Peter Fonda, Mia Farrow, John Mulaney, and so many more. Each episode requires a different role (or the same episode has multiple roles), and that just shows how great Armisen and Hader are. Everybody that has worked with this show are comedic geniuses. This show is a lot of fun. Some episodes aren't as strong as the others, but they're funny nonetheless. I've loved this show for awhile, and I can't wait for more seasons and episodes. Each episode has its own unique style (big props to Alexander Buono and Rhys Thomas' direction). Each episode is comedy gold. Each episode encapsulates what documentary filmmaking is. Documentary Now! (2015 - ) is uniquely original, perfectly spoofs classic documentaries, is sincerely made, and a show that every comedy fan must watch.