R | 2h 21min | Action, Adventure, Comedy | 22 September 2017 (USA)
1:57 | Trailer
31 VIDEOS | 141 IMAGES
After the Kingsman's headquarters are destroyed and the world is held hostage, an allied spy organisation in the United States is discovered. These two elite secret organisations must band together to defeat a common enemy.

Search for "Kingsman: The Golden Circle" on Amazon.com 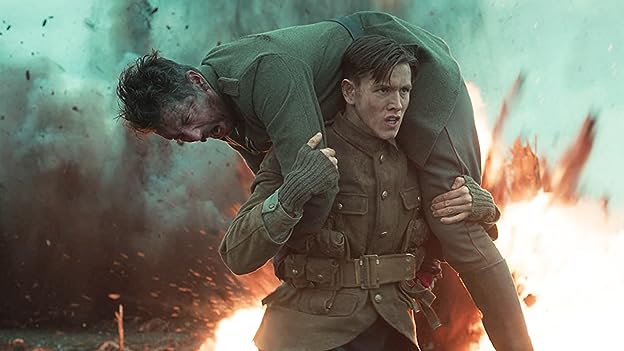 On this IMDbrief, we break down the X-Men connections and shadowy historical bad guys in The King's Man trailers.

The Four Horsemen resurface, and are forcibly recruited by a tech genius to pull off their most impossible heist yet.

An F.B.I. Agent and an Interpol Detective track a team of illusionists who pull off bank heists during their performances, and reward their audiences with the money.

While on a journey of physical and spiritual healing, a brilliant neurosurgeon is drawn into the world of the mystic arts.

Dave Lizewski is an unnoticed high school student and comic book fan who one day decides to become a superhero, even though he has no powers, training or meaningful reason to do so.

As Scott Lang balances being both a superhero and a father, Hope van Dyne and Dr. Hank Pym present an urgent new mission that finds the Ant-Man fighting alongside The Wasp to uncover secrets from their past.

After the Kingsman headquarters are blown up by a psychotic criminal named Poppy Adams (Julianne Moore), the surviving agents find their way to an allied secret organization based in Kentucky, named "Statesman". The two agencies must now work together in order to save the world and take down the so called "Golden Circle". Written by Viir khubchandani

Reports of my death have been greatly exaggerated.

Rated R for sequences of strong violence, drug content, language throughout and some sexual material | See all certifications »

If Merlin synthesized the formula and sped it up, then he knew it's molecular makeup and could just as easily have created the antidote himself. See more »

[Eggsy prepares to leave the house]
Princess Tilde: Eggsy, I hope you're hungry.
[Eggsy sees that Princess Tilde has prepared breakfast]
Eggsy: Oh, babe, I was gonna grab breakfast at work. This looks lovely, but I'm running late.
Princess Tilde: I just thought maybe we could practice? For tonight.
Eggsy: Practice?
Princess Tilde: Mm-hmm.
Eggsy: Eating?
Princess Tilde: You said you've never eaten at a palace before. And Pappa is sort of picky about table manners.
Eggsy: Well, as it happens, babe, I've got this shit on lock. I know what every single one of them knives and forks is for.
[...]
See more »

The "Take Me Home, Country Road" musical theme is heard over the Marv Films logo. This foreshadows the song being used at a pivotal moment in the film. See more »

"Kingsman: The Golden Circle" is the sequel to the 2015's surprisingly good hit action film "Kingsman: The Secret Service" and brings the cast back to take down former drug cartel leader Poppy who has attacked the Kingsman headquarters and they need to investigate her scheme to prevent a virus from spreading across the world.

I really loved the first film. It was unique, original, and just damn fun. Matthew Vaughn really has that knack. I went in with great expectations for the sequel and walked out really liking it, though I didn't love it.

From a technical standpoint this film looks amazing. Matthew Vaughn can craft great action sequences and film them with a hand-held camera where everything remains in plain sight. His special effects and visual effects teams are spot on in handling such scenes, and the set design is also really cool, especially the headquarters for the Statesman.

The acting is also really good. Colin Firth, Taron Edgerton, Mark Strong, Jeff Bridges, Channing Tatum, and even Halle Berry who I don't even like as an actress turn in really good performances. You can tell they are all having fun with their roles which they should because it's a ridiculous action movie, and I think that really let some of the weaker links like Berry to shine. Julianne Moore is also an actress I don't like, and I did think she was overselling her performance a bit.

My problem with the movie has nothing to do with the technical aspects like direction, camera work, acting, editing, or visual effects. What it really boils down to is the writing and how some story elements are handled.

For instance, it feels like this film is trying way to hard to harken back to what made the original so great without coming up with any fresh ideas of its own. This movie takes everything everyone loved about the first one, puts it in this movie, and makes it bigger by trying to be better. Yeah, it is bigger...but bigger does mean better. An example of this is towards the end of the film when there is an action scene that is trying to replicate the church scene from the first one, except the scale of the action scene in this one is bigger. There were a lot of scenes like that in here and I don't think Vaughn really thought of how to make things better while still being bigger. The villain was also kind of a drag. It was just Samuel L Jackson from the first one, but instead of him it's Julianne Moore. Her overall plan just comes across as ranging from silly and ridiculous to pretentious and overstuffed. That's where the film really falters and at times it does have some pacing issues especially towards the second act. There's some stuff with Elton John that both works and doesn't work, and that switches up the pacing at times.

Like I said, there is nothing wrong technically with this movie. I just think it needed some rewrites particularly with its villain and its story.

Overall I am going to give "Kingsman: The Golden Circle" a B.

For a more in depth analysis of the film you can check out my review of the film on YouTube here: https://www.youtube.com/watch?v=tooIzhvdbmM

Q: What is the name of the upcoming sequel?
See more »
Edit