Search for "The Secret: Dare to Dream" on Amazon.com 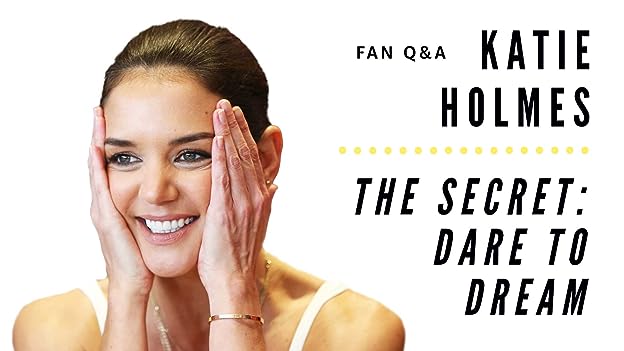 Fan favorite Katie Holmes reflects on The Secret: Dare to Dream, where she plays a widow whose fortunes change after a mysterious man enters her life.

Based on the groundbreaking best-selling book by Rhonda Byrne, The Secret: Dare to Dream follows Miranda (Katie Holmes), a young widow trying to make ends meet while raising her three children and dating her boyfriend (Jerry O'Connell). A devastating storm brings an enormous challenge and a mysterious man, Bray (Josh Lucas), into Miranda's life. Bray reignites the family's spirit but, unbeknownst to Miranda, also holds an important secret - one that will change everything. With its timeless messages of hope, compassion, and gratitude, The Secret: Dare to Dream is an inspiring and heartwarming film that shows how positive thoughts can transform our lives. Written by Lionsgate

Rated PG for language and an injury image | See all certifications »

The Secret (2006) was released as a film in March 2006, and later the same year as a book. The book is influenced by Wallace Wattles' 1910 book, The Science of Getting Rich, which Byrne received from her daughter during a time of personal trauma, in 2004. See more »

When Bray and Missy are having a heart to heart, Brays drink (provided by Missy) is up and down more times than a yo-yo! Ice one second, gone the next and back again. See more »

Bray Johnson: I'm open to the possibility that whatever happens, even the bad stuff, can lead to better things.
See more »